130B Tech Merger Takes Monopoly to a Global Scale

Do you know how many people in the world own a smartphone? Would the number 2.4 billion surprise you? Probably not. 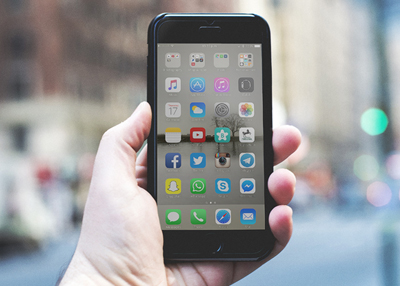 With the wildfire adoption of smart devices all over the world, mergers among tech companies often spell global market domination. What about when your company’s purchase of a competitor would make you the third largest device producer not only in the United States, but in the world, of a component used by one-third of the entire human population? The word ‘monopoly’ takes on an entirely new global meaning. As worldwide smart chip producer, Broadcom’s recently-announced plan to purchase its competitor, Qualcomm, develops, we’re anticipating more tech mergers and acquisitions like this, which will have a global impact and will require experts not only in the smartphone market in the United States, but the entire world.

Technology Battles
What does it cost to fund the largest acquisition in tech history? $130B, if the deal goes through as Broadcom has proposed. But Broadcom faces some serious hurdles in the interim. First, commenters anticipate Qualcomm will try to put a kibosh on the deal, as it comes at a time when Qualcomm has been significantly weakened by a long, litigious battle with Apple. Qualcomm, best known for its impressive hold on the high-end smartphone System on a Chip (“SoC”) market, via its "Snapdragon" line of chips, boasts a home in the majority of Android phones on the market. The SoC, which combines the CPU, GPU, RAM, cellular modem, and other components into a single chip—hence the name—offers exceptional performance at a lower price, making it difficult for smartphone vendors to feasibly go with any other chip and make the same profit. Apple, however, deeming Qualcomm’s royalty fees as extortion, is trying to find a way. In a bold move, Apple recently decided to us an Intel modem, rather than a Qualcomm chip, in some of its iPhone models, basically saying to Qualcomm: “How do you like them apples?” Lawsuits, flying in both directions, quickly followed.

It is in the wake of Qualcomm’s strenuous fight with Apple that Broadcom swooped in with a massive, unsolicited offer to buy.  Bloomberg has reported an expectation that "Qualcomm will argue that the proposal is an opportunistic move to buy the chipmaker on the cheap … and it will likely recommend that shareholders reject it." That may be hard to do as Broadcom’s offer translates to $70/share for stockholders, which is higher than the company’s current stock price. Qualcomm’s stockholders, however, will not be the only impediment. If the deal goes through, it would make Broadcom the world's third-largest chipmaker behind Intel and Samsung, which raises some serious antitrust flags. Pushing the deal past antitrust regulators may require tremendous effort, but Broadcom's CEO, Hock Tan, is reportedly already laying some groundwork on that front. After he recently met with U.S. President, Donald Trump, Trump announced the $100B semiconductor company’s agreement to relocate its headquarters from Singapore to Delaware, a move that will bring $20B in annual revenue back to the United States and, Broadcom hopes, allow it to sidestep a very costly and cumbersome federal antitrust review. Tan credits the company’s decision to relocate to the U.S. to the GOP’s tax reform proposal.

Conclusion
It is likely most tech companies that are competing in the smartphone market today are all competing on that very level—globally. And, when you strike deals that affect purchases by 2.4 billion people around the world, with more predicted each year, it’s only natural that what was once only business now becomes political because it has such a vast, reaching impact.

Tech companies today are likely competing on a global level.

While our primary commercial products have grown from cotton, to railroads, to banks, to oil, now to smart technology and now beyond the borders of our own country, it is still this same power—to control prices, mold the market and influence people and politicians—that antitrust legislation was put in place to tamp down and reign back. We envision many more globally-impactful deals like this will emerge and  our community of experts routinely opine on all of these matters of technology, the world economy, political impact, stock value, and market trends on a global scale.

How about it followers? Do you think Broadcom will be able to push this $130B deal through?