With a $70 million-dollar verdict facing Johnson & Johnson in Missouri, any venue will likely seem better than St. Louis, where the court recently entered a judgment finding Johnson & Johnson’s baby powder caused the plaintiff’s ovarian cancer. Where does J&J want to go? New Jersey. Why? Because when it comes to admitting scientific testimony in the Garden State, the courts like to put experts’ feet to the Frye-er. 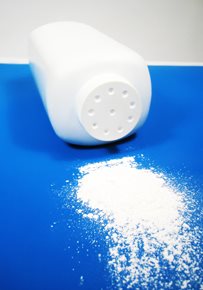 “Made-for-litigation,” “highly speculative,” “seriously deficient,” and “narrow and shallow,” were just a few of the phrases Judge Nelson Johnson used to describe the plaintiff’s expert’s opinions in the J&J talc powder cases before the Superior Court of New Jersey (Case No. ATL-L-6546-14). The suits filed by Brandi Carl and Diana Balderrama were going to be the first J&J powder cases to go to trial in New Jersey. They will not be going anywhere now, following the court’s very staunch finding that “there was no articulation of a plausible hypothesis because it is unlikely that one can be made.”

In other words, the expert’s opinion that J&J’s baby powder caused the plaintiff’s ovarian cancer is not only implausible, in the court’s opinion, it is likely impossible. So, Missouri finds J&J’s powder causes cancer, New Jersey finds such a finding cannot be made. What’s the difference? Experts - which is why finding the right one is so important, particularly in New Jersey or states like it where the expert admission standards lean more toward Frye than Daubert.

Judge Johnson explained New Jersey’s modification of the Frye analysis as the “intersection of the scientific method and the rule of law.”

The Hypothesis
New Jersey uses a modification of the typical Frye analysis, developed in Landrigan v. Celotex Corp., 127 N.J. 404 (1992) and Kemp v. State of New Jersey, 174 N.J. 412 (2002), to assess expert testimony. Judge Johnson explained it as the “intersection of the scientific method and the rule of law” where a problem is formulated—i.e., what caused the plaintiff’s cancer? — a hypothesis is articulated — i.e., it was caused by J&J’s baby powder — then tested to resolve the problem and hopefully gain new knowledge for the general benefit of society. Determining the plausibility of the hypothesis requires a detailed understanding of the science behind it.

J&J's Strategy
One great takeaway from Judge Nelson’s ruling was the defense’s use of their own expert to educate the judge at the gate-keeping stage. In other words, J&J did not put its expert on the stand to convince the judge its powder did not cause plaintiff’s cancer, but rather to teach the judge how cancer causes can be tested, studied and determined. Judge Johnson couched this tactic as “turning on the light in a dark room,” and it proved to be a very favorable strategy for J&J.

J&J did not put its expert on the stand to convince the judge its powder did not cause plaintiff’s cancer, but rather to teach the judge how cancer causes can be tested, studied and determined.

Once the plaintiff’s expert’s reasoning was illuminated, Judge Johnson saw right through it, couching it as an attempt to prove ovarian cancer “by the numbers” through re-analyzing old studies, adding in various risk factors and purported ‘synergy’ between talc and other health conditions to find not only general causation—i.e., that talc powder can cause ovarian cancer—but specific causation in the case—i.e., that J&J’s powder caused the plaintiff’s ovarian cancer. Once this determination was made, Judge Johnson threw both baby powder cases out - a solid win for J&J.

While the plaintiff’s expert’s methodology in the New Jersey case was plainly litigation-driven, the depth and breadth of Judge Johnson’s opinion excluding both plaintiffs’ experts was a sign to J&J that it had found its champion in Judge Johnson and his brethren and that the expert admission process in New Jersey was going to be more favorable.

With more and more baby powder class action advertisements cropping up and more powder suits being filed in both Missouri, New Jersey and elsewhere, J&J needs to make a smart move fast. Some of its baby powder cases are consolidated in New Jersey, as well as California and Missouri, but it will likely be impossible to get all cases transferred to the more Frye-friendly state of New Jersey.

Something to Think About
Following the $70M verdict, baby powder suits will surely spike. Any attorneys out there familiar with New Jersey’s expert standards want to weigh in on J&J’s hypothesis: Do experts really undergo stricter scrutiny in the Garden State?

Industry: All, Expert Witness, Out Of The Ordinary