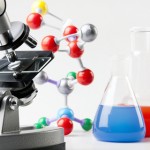 A seemingly exasperated panel of the 7th U.S. Circuit Court of Appeals has issued an opinion that is remarkable for its lengthy dictum devoted to excoriating lawyers and judges for their “fear and loathing” of science and technology.

Disturbed that the plaintiff’s lawyer, the defense lawyer, the magistrate judge and the district judge all accepted as medical fact something that could not have been true, the panel devoted the bulk of its opinion to chastising not only the lawyers and judges in the case before them, but the legal profession generally.

“This lapse is worth noting because it is indicative of a widespread, and increasingly troublesome, discomfort among lawyers and judges confronted by a scientific or other technological issue,” Circuit Judge Richard A. Posner wrote in the opinion, in which Circuit Judge Frank H. Easterbrook joined. Circuit Judge William J. Bauer filed a separate opinion concurring in the result but not the critique.

The opinion was particularly critical of the magistrate judge and district judge in the case, suggesting that they should have made “some investment in learning about the condition.” They could have used their authority under Federal Rule of Evidence 706 to appoint a neutral expert witness, required the plaintiff to present expert evidence, or just consulted a reputable medical treatise, Posner said.

“A stronger judicial hand on the tiller could have saved a good deal of time, effort, and paper,” Judge Posner wrote, noting that procedural wrangling and protracted discovery had caused this “plainly meritless suit” to drag on for more than four years.

The underlying lawsuit involved a claim by an inmate of an Illinois prison that his civil rights had been violated when he did not receive hypertension medication for a period of about three weeks. He sued a nurse practitioner and a correctional counselor, alleging that they had been deliberately indifferent to his serious medical condition and therefore had subjected him to cruel and unusual punishment.

The district judge granted summary judgment in favor of the defendants and dismissed the suit. The judge found that neither defendant was deliberately indifferent to the plaintiff’s condition.

Within the first paragraph of its opinion, the 7th Circuit panel affirmed the district judge’s ruling, saying that it was “so clearly correct as to not require elaboration by us.” While the opinion could have stopped there, Judge Posner instead chose to continue, writing eight pages of dictum criticizing the lawyers and judges for their scientific lapse.

The lapse involves the plaintiff’s claim that his three weeks without hypertension medication caused him to suffer loss of vision, nose bleeds, headaches and lightheadedness, and exposed him to the possibility of a stroke or even death.

Noting that the plaintiff was an otherwise healthy 22-year-old man and that the single reading of his blood pressure during the three-week period showed it to be only slightly elevated above normal range, Judge Posner said that the lack of medication could not have produced the complained-of symptoms. “The proposition … has no support in the record or the medical literature,” he said.

The lower-court judges could have decided the case without ruling on any medical questions, relying entirely on the lack of evidence of deliberate indifference by either defendant, Judge Posner wrote. “But if they were going to venture an opinion on the ‘objective seriousness’ of the plaintiff’s ‘medical condition,’ they had to get the condition right—which was not hypertension but the medical consequences, in fact negligible, of a three‐week deprivation of medicine for mild, early‐stage hypertension.”

“The discomfort of the legal profession, including the judiciary, with science and technology is not a new phenomenon. Innumerable are the lawyers who explain that they picked law over a technical field because they have a ‘math block,’” Judge Posner wrote. “But it’s increasingly concerning, because of the extraordinary rate of scientific and other technological advances that figure increasingly in litigation.”

“The legal profession,” Judge Posner concluded, “must get over its fear and loathing of science.”

In his concurring opinion, Circuit Judge Bauer confessed that he is one of those lawyers who chose law over medicine because of a lack of interest in the clinical aspects of medicine. However, he would have concluded the opinion after the first paragraph, without discussing lawyers’ fear of science.

“I think that the opinion made the necessary legal point when it said that the record shows that summary judgment was clearly the right decision,” Judge Bauer wrote. “That’s where I would stop.”

We are proud to partner with an author of Bob’s caliber to provide exclusive articles for our legal clients and leading industry experts. Robert J. Ambrogi is a news media veteran and the only person ever to hold the top editorial positions at the two leading national U.S. legal newspapers, the National Law Journal and Lawyers Weekly USA. He is currently a Massachusetts lawyer who represents clients at the intersection of law, media and technology. He is also internationally known for his writing and blogging about the Internet and technology. Media and Technology Law Bob represents a range of businesses and individuals, concentrating in print and electronic media companies and the editorial, sales, marketing and technology professionals who work in them. He also counsels businesses and individuals in employment matters. Arbitration and Mediation An established professional in alternative dispute resolution, Bob has been an arbitrator since 1994, focusing on labor and employment and securities disputes. A mediator in a range of civil disputes, Bob completed the training required by Massachusetts law to protect confidentiality.