Most securities fraud actions never reach trial, so when a lawsuit against a company known as Household (now owned by HSBC) and its top executives was tried by a jury and produced a judgment of $2.46 billion in October 2013, the case made headlines. Not so fast, said the Seventh Circuit a year and a half later. After defendants challenged the judgment on numerous grounds, the appellate court found flaws in, among other things, the proof of a key element of plaintiffs’ claim—loss causation. Glickenhaus & Co. v. Household Int'l, Inc., No. 13-3532, 2015 WL 2408028 (7th Cir. May 21, 2015). That’s the issue we’ll focus on here.

Household’s business centered on consumer lending—mortgages, home-equity loans, auto financing, and credit-card loans. The company's growth was impressive but, unbeknownst to investors, was driven by predatory lending practices that ultimately led to high delinquency rates and regulatory scrutiny. Creative accounting deferred the day of reckoning for a time, but ultimately, defendants were forced to disclose their gimmicks after settling a $484 million lawsuit brought by state regulators. Household’s stock price dropped precipitously, and plaintiffs sued for securities fraud.

One of the elements of a securities fraud claim is loss causation. To prove this element, plaintiffs must show that the price of the stock they purchased was “inflated” as a result of defendants’ false statements. In turn, evaluating the impact of false statements on a stock’s price requires analyzing the decline in the price after the truth is revealed through what is known as a “corrective disclosure” (a theory that maintains that the stock price decline on disclosure represents how the stock price would have reacted had the truth been revealed at the time the false statement was made). While this analysis sounds simple, it actually requires complex economic models prepared by financial experts. The reason is that stock prices can be affected by factors other than corrective disclosures, such as general market movements and company-specific news (positive or negative) unrelated to the fraud. 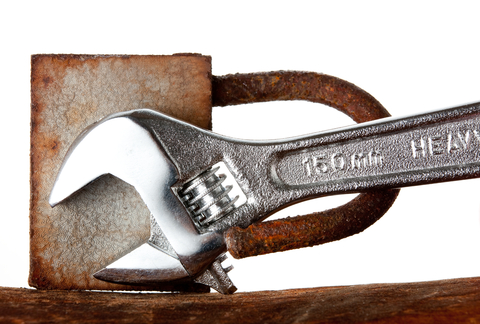 In the Household case, plaintiffs’ expert prepared two models to demonstrate that defendants’ false statements concerning the health of Household’s business inflated the company’s stock price. One—the “specific-disclosure” model—showed a price impact of $7.97 per share from false statements. The second—the “leakage” model— showed a price impact of $23.94 per share. Both models adjusted for the general movement of the market but did not account for company-specific information unrelated to the fraud. Therein lies the rub.

In a leading Supreme Court case involving loss causation, Dura Pharm., Inc. v. Broudo, 544 U.S. 336 (2005), the high court noted that when an investor sells his stock at a lower price after a corrective disclosure, the loss in value may be due to disclosure of the truth, but not necessarily so because the “lower price may reflect, not the earlier misrepresentation, but changed economic circumstances, changed investor expectations, new industry-specific or firm-specific facts, conditions, or other events, which taken separately or together account for some or all of that lower price.” 544 U.S. at 342-43.

To be sure, plaintiffs’ expert in the Household case testified in general terms that he had considered both negative and positive company news unrelated to the corrective disclosures and determined that the effects of the negative and positive news canceled each other out. As a result, the expert concluded that the price decline in Household’s stock could be attributed entirely to the company’s corrective disclosures. However, the 7th Circuit questioned whether expert testimony alone— that no firm-specific, nonfraud-related information affected the stock price during the relevant time period—was enough to satisfy the Supreme Court’s guidelines concerning proof of loss causation or whether the expert’s model should have independently accounted for such information.

The 7th Circuit concluded that if a plaintiff’s expert testifies in a nonconclusory fashion that no company-specific news unrelated to the fraud affected the stock price, then defendants should have an opportunity to identify some significant, firm-specific, nonfraud-related information that could have affected the stock price. If they can, then the burden shifts back to the plaintiff’s expert to account for that information in his economic models. In the Household case, because the evidence at trial did not adequately account for firm-specific, nonfraud-related information that may have affected the decline in Household's stock price during the relevant time period and because there was only the expert's conclusory statement that any such information was insignificant, the 7th Circuit ordered a new trial on loss causation.

The decision is conceptually complex. In the meantime, the ruling leaves the impression that while defendants may have won a battle, plaintiffs will ultimately win the war since it appears that, at most, the 7th Circuit’s decision may somewhat decrease the size of the damages but not prevent plaintiffs from establishing loss causation because plaintiffs’ expert testified that the information he reviewed was insignificant. Therefore, it should be only a matter of his taking that insignificant information into account in his model and showing that the results don’t change much, if at all. Do you agree with the 7th Circuit’s conclusions? If not, why?