A 28M Lesson from Bill Nye: Get an Audit Guy

It’s not an enjoyable situation when you receive a notice asking you to return funds you have already received. When it’s the result of an accounting error, it’s enough to perk any rational mind. What if it’s to the tune of almost $500,000? 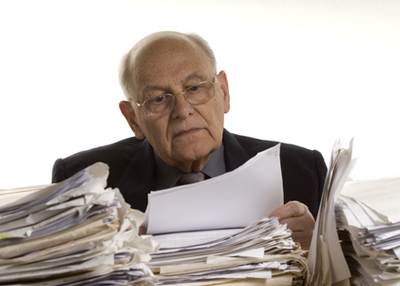 You don’t have to be a rocket scientist—just a bit of a science guy really—to suspect there may be some funny math going on. This is where Bill Nye the Science Guy’s long battle with Disney began, resulting in years of audits, the uncovering of some creative accounting, and the eventual filing of a multimillion-dollar lawsuit for fraudulent concealment (among other claims).

There are lessons to be learned here for any of your licensor clients on the smoke-and-mirrors games that can be played by licensees. Manipulation of rates for distribution, deduction of certain taxes, as well as creative characterization and use of revenue, can help reduce the calculation of “net profits” and the amount of royalties due your client. Bill Nye is proof: When your case hinges on more than science, you need the right audit guy.

The Great Dispute
Sadly, the dispute between Bill Nye, Disney, Buena Vista Television, and other media companies, has been going on for the better part of a decade and began when Nye grew suspicious following a request that he refund a whopping $496,111 in excess royalty fees paid to him due to an “accounting error.” Nye hired a lawyer and began a long, dogged request in 2013 to enact his contractual right for an audit, Disney informed Nye it would not be able to conduct one at his request for several years due to a backlog.

The dispute between Bill Nye, Disney, Buena Vista Television, and other media companies, has been going on for the better part of a decade.

According to the agreement between the parties, the owners of the Billy Nye the Science Guy show—one of which is Nye—were entitled to fifty percent of the net profits of the show, divided four ways, which left Nye with a claim to 16.5% of the total net profits of the show. Calculation of the show’s net profits is where things got tricky. When a view of financial statements showed Buena Vista was claiming $20M in deductions for a show that was earning $26M, and was largely funded by contributions from the Department of Energy and the National Science Foundation, eyebrows were raised. After Nye’s guy completed his audit, he believed Disney and Buena Vista Television were improperly deducting certain expenses, such as foreign withholding tax, and miscalculating gross revenue. Nye decided to file suit against Disney, Buena Vista, and other media companies alleging fraudulent concealment and breach of contract. According to his auditor, Nye alone was entitled to $9.35M in underreported profits. All told, Nye claims these companies have deprived Bill Nye the Science Guy’s owners of $28M.

Conclusion
If you have clients who are license-holders and regularly receive royalty payments from a licensee that is calculating the net profits, this case could be a reminder to recommend your client occasionally exercise its contractual right, if one exists, to an audit of the licensee’s records to ensure accurate accounting of deductions, profits, and distribution rates. Hiring your own auditor to conduct an independent audit is also a good idea. The characterization of revenue and its subsequent tax treatment can also have an impact on net profits.