A “Good Gamble” Warrants Fees Even For a Bad Bet

According to the Fifth Circuit, fee entitlement hinges not on whether counsel placed a winning or losing “bet” but whether the gamble itself was reasonable.  The opinion stemmed from a bankruptcy court appeal in which the district court, relying on In re Pro-Snax Distributors, Inc.,  157 F.3d 414 (5th Cir. 1998), denied the majority of a fee application based on its finding that the work did not produce “tangible results”— meaning that counsel could not recover because he asserted an argument, albeit valid, that ultimately lost.  That never happens, right?  According to the district court, though, if it does, you lose.  In order to “win” fees, counsel must win the issue.  However, we all know litigation is risky.  You have to be willing to lose a few battles in order to win the war, and we want to encourage fee awards that motivate attorneys to continue to fight the good fight, even in the face of a potential loss.  It seems that the Fifth Circuit agreed when it decided to give its former Pro-Snax opinion a second look in Barron & Newburger, P.C. v. Texas Skyline, et al, No. 13-50075 (5th Cir. Apr. 9, 2015). 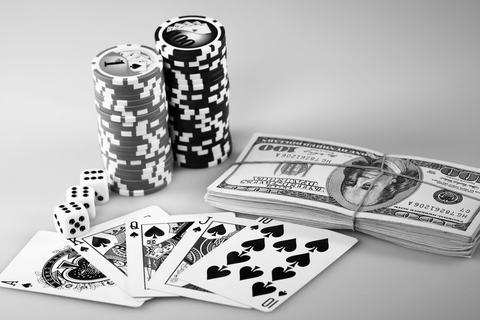 In conducting its en banc review, the Fifth Circuit noted that Congress’ intent in enacting Section 330 of the Bankruptcy Code, which allows for the recovery of fees, was specifically to “move away from doctrines that strictly limited fee awards” and instead provide compensation “commensurate with the fees awarded for comparable services in nonbankruptcy cases,” citing In re UNR Indus., Inc., 986 F.2d 207, 208–09 (7th Cir. 1993).  Thus, the court should look to more traditional, universal factors such as the time spent on the services, the rates typically charged for the services, and whether the services were necessary to the administration of the case or “beneficial at the time at which the service was rendered.”

The Fifth Circuit found that the phrase “at the time at which the service was rendered,” which Congress added after the word “beneficial” in its 1994 amendment to Section 330, strongly suggested that Congress could not have intended the standard to impose an actual benefit requirement determinable by a court only at the completion of the case.  Rather, Congress must have intended that the actions undertaken by an attorney be judged based on the circumstances and status of the case at the time they were taken, not with the benefit of hindsight.  As long as counsel’s bet on Smarty Jones was reasonable at the time, it does not matter if he didn’t take the Triple Crown.

In concluding that Congress intended, with its 1994 amendment, to push Section 330 more in line with traditional non-bankruptcy review of fee applications, the Fifth Circuit decided to abrogate its former Pro-Snax opinion.  The court noted that Pro-Snax’s only citation in support of the actual benefit, a.k.a. “hindsight,” test was a case that interpreted the pre-1994 version of Section 330.  Because the post-1994 language replaced the hindsight test with an evaluation of the likely benefit to the estate at the time the service was rendered, the court found that Pro-Snax’s reliance on the former opinion was misplaced and out of alignment with sister circuits’ opinions.  While the Fifth Circuit did note that whether the services were ultimately successful, i.e., whether counsel’s horse won, is relevant to the entitlement of fees, it is not dispositive. As such, even with a bad bet, you can still “win” so long as it was a good gamble.

How about it, BullsEye readers? Do you agree that the analysis should hinge on the reasonableness of the services at the time they were rendered as opposed to judging with the benefit of hindsight?  If you need a solid expert who can attest to the reasonableness, purpose, and vision of your legal strategies, we know where to find them.  When it comes to finding the right expert with the right expertise, you don’t have to gamble.

More articles related to money matters:
Is the Fix In? The FX Rate Manipulation Scandal Explained
Regression Analysis in Litigation