Did Alexander Graham Bell believe he should rightfully go down in history as “The Inventor of the Telephone?”

When did Bell patent his idea for the telephone? When did the United States Supreme Court, after one of the most-lengthy and well-publicized patent battles in history finally issue a ruling on the “Telephone Cases” and what did Thomas Edison and AT&T have to do with it? All this and more in our Alexander Graham Bell tribute and trivia challenge below. Will you answer the call? 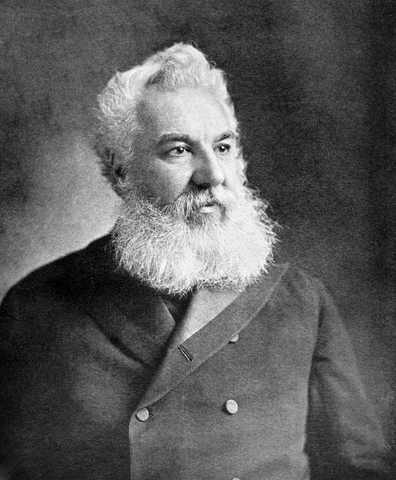 The History of Bell
The answer to the first question above is no. Despite his many accomplishments and technological revolutions in the telephone industry, Bell continued to refer to himself throughout his lifetime as merely a “teacher of the deaf.” Born in Edinburgh, Scotland in 1847, Bell studied under his grandfather and father, both notable speech teachers. Upon graduating from the University of London, Bell taught at a school for the deaf in England and grew a profound desire to help deaf people better integrate themselves in everyday society by learning to speak.

After migrating with his parents to Canada in 1870, Bell established a school for the deaf in Boston, Massachusetts and taught as a speech professor at Boston University. It was this passion to teach the deaf to speak that sparked Bell’s first idea in 1874 to create a device that could transmit speech telegraphically. Two years later, on this day in 1876, Bell filed his application for a patent on the telephone.

Early Patents
But Bell’s wasn’t the only telephone patent filed that day. Up-and-coming American inventor, Thomas Edison, along with Elisha Gray employed by Western Union, filed a similar patent for a telephone on March 7, 1876. While the patents were reportedly filed within hours of each other, Bell’s received the stamp of approval first. This ignited a protracted, twelve-year patent war that culminated in a United States Supreme Court battle between two of the nation’s budding telephone giants: Western Union and American Telephone & Telegraph (now known globally as “AT&T”), the corporate offspring of Bell’s original telephone company. 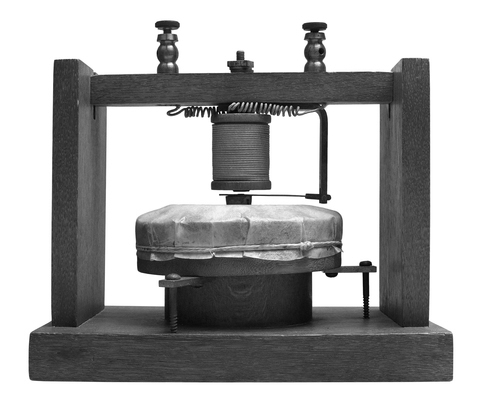 There are many conspiracy theories in existence about the original patent, Bell’s drawings, and the influence the Bell monopoly may have had politically and economically on the outcome. Regardless, in 1888, SCOTUS put an end to the highly-publicized “Telephone Cases” by ruling in favor of Bell and solidifying his place in history as the inventor of the telephone. Bell knew nothing of the wearisome road of litigation that lie ahead when he and his assistant, a skilled Boston machine shop employee named Thomas Watson, began building their rudimentary device in 1874.

Bell also did not know that, only three days after filing his patent, the first telephone call in history would be recorded. Some say Bell spilled a container of transmitting fluid and, in an attempt to merely beckon Watson’s assistance in cleaning it up, he inadvertently established the first sentence ever to be heard telegraphically.

Conclusion
While the invention of the telephone did result in a great financial windfall for Bell, his heart was not in corporate financial dominance. Bell’s passion remained with the pursuit of learning and exploration, and he used a good bit of his earnings to finance the journal Science, today’s premiere American scientific journal, as well as the National Geographic Society. Bell also had a great curiosity for aviation and spent his later years exploring tetrahedral kites and creating the first powered flying machine in Canada. Imagine what he would say upon seeing the world today with billions of people walking, driving, even flying while talking on the phone? His wall-mount gramophone-like version of the telephone likely wouldn’t have even fit in the cabin of a horse-drawn buggy. Much less the palm of a hand.

Alexander GrahamBell used mcuh of his earnings to finance the journal Science.

Ironically, even after the rampant success of his world-changing invention, Bell refused to have a telephone in his study, fearing it would distract him from his scientific work. As much as we appreciate his invention, and the long-fought patent battle Bell endured to protect it, do you find yourself wanting to take time now and then, like Bell, and occasionally unplug? In his honor, take an hour today to put your smart successor to Bell’s revolutionary 1876 invention down and devote the time to whatever work you’re most passionate about. Happy Alexander Graham Bell Day followers!