Apple Calls for Experts in the FBiPhone Debate

Judge Sheri Pym of the Central District of California was set to begin hearing arguments and testimony today from both Apple and the FBI until the FBI postponed the hearing after learning it could possibly unlock the iPhone of the San Bernardino gunman without Apple’s help. Many have said Apple’s refusal to obey the court’s order to unlock the phone is either a highly controversial marketing strategy or a proud stand in favor of every American’s right to privacy. As we await more information, BullsEye considers the case so far, and what it could mean for the future of cybersecurity and privacy. 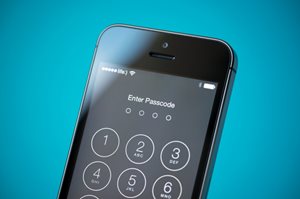 develop into one of the most interesting and impactful privacy decisions in our highly digital and interconnected age. During the investigation of the San Bernardino incident, the FBI was able to gain access to data the shooter had backed up from his phone to the iCloud up to his last back-up in October of 2015. They now want to unlock his iPhone to review data through the December shooting. The term “unlock” is a bit tricky, as Apple claims even it cannot un-encrypt the encrypted data. What the FBI is asking of Apple, rather, is that it assist in helping disable the security features of the phone, one of which is the so-called “self-destruct” feature which wipes all data from the phone after a certain number of failed password attempts. According to FBI Director, James Comey, the FBI simply wants the chance, “with a search warrant, to try to guess the terrorist's passcode without the phone essentially self-destructing and without it taking a decade to guess correctly." Apple contends this would amount to “building a back door to the iPhone” and that “no reasonable person would find that acceptable.”

Even if you immediately lean toward the Apple or the FBI point of view, it’s easy to see there are sensitive, legitimate arguments on both sides of this debate. That’s why some very powerful national voices have spoken up on the issue - with the top silicon valley executives from Google, Facebook, and Twitter all falling in behind Apple (with the exception of Bill Gates who reportedly weighed in a little more on the side of the FBI). Let us not forget Donald Trump’s very vocal pitch for a boycott of all Apple products until it complies with the FBI’s request. The FBI claims it hopes to uncover evidence that might help the government better protect its citizens from a future national security breach. That likely makes you ask, “What about a national data breach?” According to Apple, therein lies the rub. It claims, in terms of iPhone customers, helping the government hack into one could endanger the privacy of millions. Even Comey had to admit the case highlights “that we have awesome new technology that creates a serious tension between two values we all treasure—privacy and safety.”

Apple CEO, Tim Cook, has asked that the government withdraw its demands and instead “form a commission or other panel of experts on intelligence, technology, and civil liberties, to discuss the implications for law enforcement, national security, privacy, and personal freedom.” Cook advised that Apple would “gladly participate” in such a forum.

In the meantime, we pose the question to you. Do you think Apple should open the iLock? If not, should Congress decide this debate? SCOTUS?