Are Biosimilars Really That Similar The 40B Question

UPDATE: On June 12, 2017, SCOTUS rendered a unanimous decision in this matter, finding there is no federal right to sue for an injunction forcing a biosimilar applicant to participate in the information exchange known as the “patent dance"; however, the court left open the possibility that an injunction might be available under state law.

In addition, SCOTUS agreed with Sandoz and reversed the Federal Circuit’s holding on the timing of a notice of commercial marketing. While the Federal Circuit had held that notice of commercial marketing can be given only after FDA approval of the biosimilar product (meaning, no biosimilar could launch until 180 days after approval), the Supreme Court decided notice can be given at any time. Meaning, if notice is given early enough, a biosimilar can launch on the day of approval. 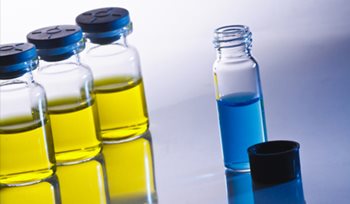 "Looks like things are going well for you on Drug A," says the doc, "so I'm going to switch you over to its biosimilar." Aside from your arguably unknown reaction, what’s at stake? About $40 billion. Biologics with US sales of over $40 billion will lose their marketing exclusivity between 2015 and the end of 2019. Figures like that make biosimilars a very big issue. One that will soon be taken up by SCOTUS and will likely result in an increase in biosimilars in the market and corresponding adverse event litigation with the big question being: Are biosimilars really that similar?

The Concerns of Biosimilars

This remains an open question and hinges primarily on the ability to switch patients who are responding positively to the original drug, often referred to as the “innovator brand,” to a biosimilar version of the product. “Since the biosimilar is not identical to the innovator product, some in the medical community are concerned about increasing toxicity, such as a negative immune response or loss of efficacy,” explains IMS EliteXpert, John Russell, with expertise in biopharmaceutical commercialization and branding. It is likely this type of switching, from the innovator product to its biosimilar, will increase as more biosimilars enter the market, a matter that is set to go before SCOTUS soon.

“Since the biosimilar is not identical to the innovator product, some in the medical community are concerned about increasing toxicity, such as a negative immune response or loss of efficacy,”

In January, the high court granted petitions for writs of certiorari from both Amgen and Sandoz to determine whether notice of commercial marketing given before FDA approval can be effective and whether entry of biosimilars into the market should be delayed through injunctive remedy, both of which fall into the complicated series of litigation decisions that have come to be known as the “patent dance” under the Biologics Price Control and Innovation Act (BPCIA). What the Supreme Court will essentially be deciding is how easy it should be for biosimilars to enter the market. With billions at stake, there are plenty of very interested and powerful parties weighing in.

The Solicitor General, in a lengthy brief encouraging SCOTUS to take the case, recommended the court overturn the Federal Circuit’s decision that a biosimilar cannot provide notice of commercial marketing prior to FDA approval, but affirm the Federal Circuit’s decision that the biosimilar “shall” provide copies of its application and manufacturing documents to the innovator with the penalty for failing to do so being a potential injunction. The purpose of these recommendations is to reduce impediments for biosimilars entering the market. As the Solicitor General specifically stated, “biologic medicines are among the most important pharmaceuticals available today" and "are also among the most expensive, with costs often exceeding tens of thousands of dollars per year[.]” Hence the protracted litigation over their patenting, approval, and interchangeability.

Biosimilars and the FDA

In the United States, none of the approved biosimilars are designated as interchangeable by the FDA, meaning the innovator drug cannot be substituted by the biosimilar without obtaining approval from the patient’s physician. Recently, the FDA issued guidance to manufacturers on how to gain an interchangeable designation with the requirement that manufacturers perform switching studies and demonstrate similar efficacy and safety to the reference product, EliteXpert John Russell explains. In Europe where there is more experience with biosimilars and where interchangeability is allowed in some areas, the Norwegian government conducted a switching study comparing the safety and efficacy of the innovator drug Remicade (Johnson & Johnson) and biosimilar versions. The results indicated no significant difference between Remicade and the biosimilars.

With this framework, increased litigation could proceed on two fronts. One, patients who are well managed and are switched from an innovator brand to a biosimilar or from one biosimilar to another and experience a decline in efficacy or more pronounced side effects. This will be a potential litigation issue even if the FDA has granted interchangeability status to the biosimilars involved. Second, since there is limited experience in the United States and minimal data on the reported side effects of the recently-launched biosimilars, it is likely lawsuits will increase even among patients who are new to biologic therapy. We also expect the reporting of adverse events related to use of biosimilars to become a hot topic, as well as the need for more expert testimony on the biosimilar premise, i.e., whether analytical similarity can truly be indicative of a drug’s clinical performance.

In the U.S., an innovator drug cannot be substituted by the biosimilar without obtaining approval from the patient’s physician.

If biosimilars experience a decline in efficiency, it could raise a potential litigation issue.

What do you think? Is similarity sufficient to support less clinical testing and easier market entry?