How do you police people not truly acting in your realm? Imagine a man in a virtual reality headset slaying digital dragons in a public library. “Sir, you can’t do that here,” scolds the librarian. “Sure I can,” the man replies, stabbing viciously into the air. “I can play this game anywhere!” Can he?

As use of cyber reality grows, our worlds will only become more and more virtual, creating new, previously non-existent, and therefore unregulated, issues over privacy, licensing, property access, and permits. It begs the questions: What are our rights regarding augmented reality and who is responsible for what we do there? 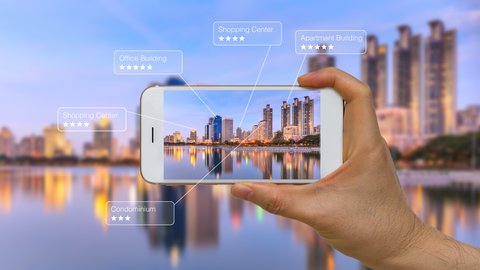 Previously, when we reported on this, Pokémon GO! was in full throttle, boasting more than forty million players worldwide. A main concern was the privacy access users were granting the Japanese developer, Niantic. By agreeing to the terms necessary to download the app and play, users were, often unknowingly, granting the developer access to their contacts, Google drive documents, email, and their camera, which is necessary for the virtual character overlay. Now, the problem is not who is accessing users’ devices but, rather, the places these virtual games are giving users access to. In the U.S., Pokémon GO! often led throngs of stampeding people into public parks and protected areas. The game was blamed for several robberies of distracted players as well as car crashes. In Milwaukee, attorneys and lawmakers have now taken a stand.

Soon after Pokémon GO! was released, Milwaukee Lake Park suffered swarms of game players who trampled and trashed the area, causing a nuisance and destruction at the property. Milwaukee attorneys then waged a war over reality. On one hand Milwaukee wants to protect its well-preserved parks and public areas from throngs of careless game players, particularly when the area is not sufficiently prepared or designed for mass groups. Milwaukee has found, if there is not sufficient restrooms or trash bins provided, cordoned off areas and walkways or other oversight in place, the gamers trample costly landscape, damage sensitive local flora and fauna, leave behind refuse and garbage, and generally make a nuisance of themselves in what was once a pristine public place.

To stop this, Milwaukee has implemented an ordinance that requires virtual reality game developers who send users into Milwaukee’s parks and public areas to first obtain a permit from the Director of Parks, Recreation and Culture which will only be granted after the Department makes a determination as to the “appropriateness” of the application based on “site selection, the protection of rare flora and fauna, personal safety, and the intensity of the game activity on park lands.” Any other vendor who chose to attract consumers to the park for commercial gain would understandably be subject to the same. But, is the game developer attracting users to the park or to a fictional, augmented token that exists only in the virtual world?

I know, I know, you’re saying the park. Of course the park. Because that is the actual, real-world location users are physically occupying, trampling, and destroying. But, what then is the developer’s argument? What makes them different than any other vendor? Candy Lab, an augmented game developer based out of Nevada that doesn’t want its users being banned from playing its game in certain public places, argues “freedom of speech” and has filed a complaint against Milwaukee County alleging its augmented reality ordinance violates its right to protected speech. Free speech? A digital game that overlays Texas Hold ‘Em cards in various public places for collection by its players? Perhaps. That is an argument artificial intelligence designers have made before, and it is for the Milwaukee court to decide. More importantly, what we see trending here is potential liability against game developers for the actions of its users.

Augmented reality is in no way limited to games. It is used for overlay on the heads-up windshield display to guide your soon-to-be-driverless car. It can be pulled up in front of a keypad to light up the right access code. Medical facilities have used it to scan the internal image of veins and overlay on the patient’s arm to pinpoint the proper site for an injection. Augmented reality has many possibilities and will continue to be used to enhance and influence our actions in the real world. It will be interesting to see whether the program or app developers can and will be held liable for injuries, deaths, torts, or even crimes that are caused by the hands of a user operating in the “reality” they created.

Where do you see liability falling - on virtual reality developers who encourage or lead users to take certain actions, or is any augmented reality protected free speech? By injecting lifelike images and sounds into reality, they are undoubtedly “communicating ideas and messages,” but it is a little frightening to think what they are capable of making some people do.