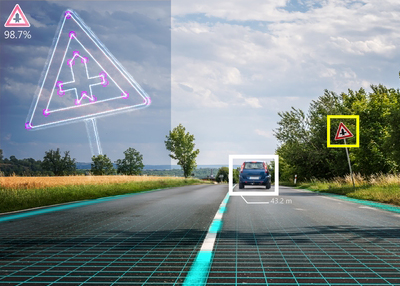 Why Seattle? Because the state has opened its doors, and roads, hoping to benefit from the economic, financial, and innovative boost the inevitable autonomous vehicle (“AV”) market will bring. Driverless cars are coming, along with corresponding changes in laws, taxes, insurance requirements, patents, contracts, and more.
The Autonomous Voyage
Torc Robotics’ self-driving car’s autonomous voyage across thirteen states in six days was truly impressive. The vehicle successfully navigated narrow, tightly-packed roads in Washington, D.C., heavy urban traffic, hostile tailgating, and even an unexpected highway detour in torrential rains and winding roads in West Virginia. Interestingly, the research and development team noted the car could see better than the team in the heavy rain. This is not surprising as machines have been “seeing” better than humans for years - through clothing, skin, organs, and even cell walls. While it may be hard to believe that roads would be safer with no humans behind the wheel, that will likely be the case. However, while safety is at the forefront, there are also many other economic, political, and financial factors at play.

Torc Robotics specifically chose Seattle, Washington as its coast-to-coast destination because Washington State is one of the few states that has instituted a permit program for self-driving car testing. Washington Governor, Jay Inslee, signed the executive order allowing AVs, with or without humans behind the wheel, on Washington roads June 7th. About a month later, the first nationwide driverless car rolled across the state line. Washington’s motivation? Innovation, naturally. But also, all the incumbent benefits that would come with extensive research and development in the state. Think construction of AV testing facilities and the creation of hundreds of jobs. Who wouldn’t want to be at the forefront of that new venture? But, the race to lead the AV market only begins with state incentives. The battle to spearhead full commercialization of self-driving vehicles has already become a global one.

German automaker, Audi, recently revealed its A8 luxury in mid-July and announced plans to sell the world’s first car with Level 3 autonomy. French electric self-driving shuttle developer, Navya SAS, also recently broadcasted plans to build a $1M, 20,000 square foot manufacturing facility in Saline, MI that is expected to create fifty new jobs. In the U.S., although techno leaders like Tesla, Google’s Waymo, and Uber are all researching, testing, and producing self-driving and connected vehicles, it is likely the heart of AV production will grow out of Detroit where Ford Motor Company, the best-positioned company to lead the AV market in America, is based as well as GM, which already has a test fleet of 180 self-driving vehicles with plans to begin mass production soon.

This is just a taste of the industry side. In the legal realm, patents relating to the design, implementation, and collaboration between connected and autonomous vehicle systems are skyrocketing. Legislators are working to pass bills that allow self-driving cars access to American roads while maintaining the delicate balance between innovative progress and consumer safety. Here’s what we see emerging on the legal side:

The heart of AV production will likely grow out of Detroit where Ford Motor Company is based.

Conclusion
When we see reports predicting almost 21 million driverless cars will be on roads internationally by the year 2035, this is where our minds go. But tell us what you’re seeing out there. There are major law firms already claiming to specialize in AV technology and litigation. What are you doing to stay in the driver’s seat in a driverless world?