Bitcoin Boom Are Cryptocurrencies Securities Subject to Regulation by the SEC

Bitcoin was launched in January 2009 as the world’s first cryptocurrency — a digital asset designed to function as a currency that is created and managed by decentralized computers, using encryption techniques instead of a central bank or other government authority.

Until early 2017, Bitcoin barely registered on the average investor’s radar 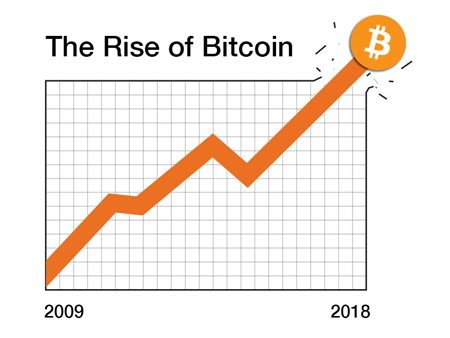 screen. But beginning in 2017, the price of Bitcoin jumped dramatically from $1,290 in early March to $19,500 in mid-December. With the sharp rise in the price of bitcoin, alternative cryptocurrencies (a/k/a “altcoins”) such as Litecoin and Ethereum saw investor interest spike as well. By May 2018, over 1,800 cryptocurrencies had been created.

The cryptocurrency boom (or bubble, as many economists warn) has spawned interest in the blockchain technology that underlies cryptocurrencies. Broadly, blockchain technologies enable the creation of digital ledgers, or lists of records (or “blocks”) that can be used to share information, transfer value, and record transactions in a secure, decentralized environment. For example, several governments are experimenting with blockchain technologies in land registries to reduce the risk of fraud in real property transactions. The ledger of a particular property would contain a verifiable and validated history of transactions concerning the property. Bloomberg reports that law firms are exploring the use of blockchain to generate, execute and authenticate agreements. IMS anticipates that such applications and many others will increase reliance on experts who understand the underlying technologies and can competently testify concerning infringement of any related patents and/or theft or misappropriation of trade secrets.

Of course, as exciting new technologies become commercialized and investors find themselves smitten by the promise of high returns, there is a foreboding a dark side with con artists seeking to capitalize on gullibility. With cryptocurrencies, frauds have frequently taken the form of initial coin offerings (ICO’s) in which entrepreneurs purport to raise capital for a new venture by exchanging digital “tokens” for investor funds.

In one such scam, the U.S. Attorney for the Eastern District of New York secured an indictment for securities fraud against a defendant who had offered tokens in an ICO for REcoin Group, and promised to invest the proceeds in real estate, and then diamonds. U.S. v. Zaslavskiy, 17 CR 00647 (E.D.N.Y). The defendant moved to dismiss the indictment for lack of jurisdiction based on an interesting defense — he argued that the tokens he had peddled were not securities, but currencies, which are exempted by statute from the definition of “securities.” The broad question thus raised was whether a cryptocurrency issued in an allegedly fraudulent ICO qualifies as a security subject to regulation by the SEC.

In a memorandum of law opposing the motion to dismiss, the government argued that while nominally labeled a currency, the tokens were securities in economic substance since the defendant promised purchasers of the tokens that they would receive a return on their investment. In support, the government cited the Supreme Court’s decision SEC v. W.J. Howey Co., 328 U.S. 293 (1946), which defined an “investment contract” as an investment of money in a common enterprise with a reasonable expectation of profits to be derived solely from the entrepreneurial or managerial efforts of others. In analyzing a particular transaction, the Supreme Court stressed that “form [should be] disregarded for substance and the emphasis placed upon economic reality.”

Here, investors in the REcoin ICO pooled their money in a common enterprise through the purchase of tokens with the expectation that REcoin would pay profits based on the defendant’s skill and effort managing real estate or trading diamonds; they were not directly purchasing real estate or diamonds. Thus, the tokens were securities, the government maintained. 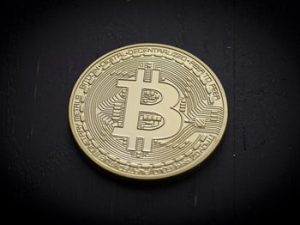 The government further argued that the term “currency” is traditionally defined as a “medium of exchange” approved for the payment of debts and purchase of goods. Typically, courts have found that only cash, or a cash substitute qualifies as currency. Here, the tokens sold by defendant could not function as a medium of exchange anywhere in the physical world or any digital realm. Nor did defendant market the tokens as a substitute for cash.

After oral argument, the judge in the case has taken the matter under advisement. In the meantime, in Congressional testimony and public appearances, SEC officials have repeatedly taken the position that where the economic substance of an ICO is the same as a standard securities offering, the tokens qualify as securities. In contrast, where investors purchase tokens because they require the functionality that the token itself provides — for example, to record a deed or execute a contract in a digital ledger that uses blockchain technology — then the token is not a security.

For example, in April 2018 testimony before the Financial Services and General Government Subcommittee of the House Committee on Appropriations, Chairman of the SEC, Jay Clayton distinguished between cryptocurrencies such as Bitcoin, which are a “pure medium of exchange,” and thus not securities, and tokens used to finance new ventures, which are securities. Subsequently, in a June 14, 2018 presentation at a tech conference, the Director of the SEC’s Division of Corporation Finance, William Hinman, reiterated that a cryptocurrency is not a security when it operates principally as a medium of exchange in a network without any central third party upon whose efforts the success of the network depends.

Hinman added, however, that whether a digital token qualifies as a security or not in a specific context can be a close call, and the outcome will depend on a fact-intensive inquiry. He cited a laundry list of factors that the SEC will examine (including the degree of the promoters’ ongoing involvement and control, the expectations and motivations of investors when making their purchases, the independent utility of the token offered for sale, and the breadth and method of the tokens’ distribution), and invited promoters of digital assets and their counsel to help the SEC work through the issues in particular cases before proceeding. IMS’s roster of blockchain experts can assist counsel with navigating these factors and related intellectual property, technical, and regulatory matters with your own clients.