There are thousands of cars-for-hire out on the streets, many boasting Uber’s
“U” insignia, and taking multitudes of patrons directly to their destinations. 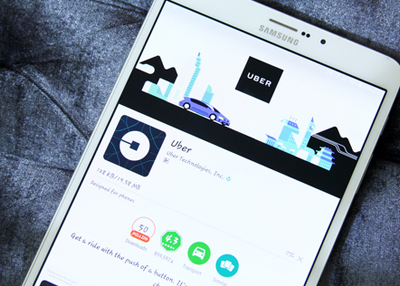 The rates are comparable, if not, more affordable and the experience more comfortable than taking a cab. Because the product is cheaper and better, many cab companies are going out of business. While this undoubtedly means less competition, what the Third Circuit may soon have to decide is whether that, alone, makes Uber a monopoly.

Competition
Recently-passed legislation in Philadelphia was supposed to preserve and enhance competition by allowing Uber and other competitors to enter the market.  The Philadelphia Taxi Association argued that it facilitated the creation of a monopoly because it allowed the market to be “flooded” with vehicles-for-hire, essentially putting the taxicab companies out of business and resulting in less competition. Judge Sanchez did not see it that way. What was crucial about his analysis was his focus on the market itself, not the players. Sanchez dismissed the Taxi Association’s complaint, finding it had failed to show “any negative impact Uber’s presence in the market had on the price, quality or quantity of taxicab or vehicle-for-hire services.” Typically, when a true monopoly is formed, the lack of competition allows the big players to work together and conspire to either hike up the price, decrease the supply, or increase profits by putting out a cheaper-to-make, lesser-quality product. But, when the entry of a new, admittedly large and powerful player, offers the public a product that is more plentiful, more affordable, and better, it is hard to see a monopoly where one does not exist or does not have any detrimental effect.

Typically, when a true monopoly is formed, the lack of competition
allows the big players to work together and conspire to either hike
up the price, decrease the supply, or increase profits by putting
out a cheaper-to-make, lesser-quality product.

This is likely the reason more states and counties are opening their roads to Uber, Lyft, and other vehicle-for-hire service providers. Florida legislators recently sent a bill to Governor Rick Scott which would take the power to control transportation service companies like Uber and Lyft out of the hands of the 67 counties and over 400 cities and towns and put it in the hands of the state by allowing state regulations to pre-empt local government ordinances relating to transportation services. This would prevent local governments—like Miami-Dade, which has been trying to keep Uber and similar companies out with costly, mandatory mechanical inspections and hefty licensing fees—from using ordinances to prevent Uber’s entry into the market. Under state control, Uber drivers would only need to meet statewide insurance requirements and submit to background checks. Rick Scott announced on April 24, 2017 that he will be signing the bill.

Conclusion
We anticipate more states will be dealing with suits or legislation along these lines as well. Much like the recent expert report which testified as to healthy market competition in the air transportation services arena, we predict a growing need for experts capable of attesting to Uber’s impact on the vehicle-for-hire market and whether Uber’s business model is truly anti-competitive. If Uber’s entry into the transportation services market pushes traditional taxicab companies out of business, does this make it an illegal monopoly? Until the Third Circuit weighs in, you be the judge.

tags: All, Intellectual Property, Out Of The Ordinary, Transportation