In an unusual case in which the United States has indicted a Chinese steel manufacturer for conspiracy to steal DuPont’s trade secrets, the decisions surrounding an expert witness’ testimony may prove to be the most puzzling.

The rare criminal espionage trial is taking place this week in the United States District Court for the Northern District of California, where a man and wife are among those charged with stealing DuPont’s secret recipe to produce titanium dioxide (TiO2), a pigment used in many white-colored papers, plastics and paint. 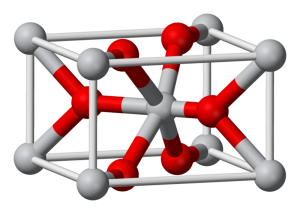 Motions regarding expert witness testimony have been at the heart of the pretrial battle. While historically federal criminal courts have been more lenient with regard to the Daubert standard on the admissibility of expert testimony, some observers were still a bit perplexed by the court’s allowance of an expert who partially relied on (and even plagiarized) Wikipedia in his research.

In Georgetown, Professor James Feinerman’s 19-page expert report on Chinese government practices and Communist Party spy tactics, portions of Wikipedia appear to be plagiarized on 13 of the pages. In some cases, entire sentences are copied verbatim.

The attorney for defendant Walter Liew said that, “Feinerman’s pervasive plagiarism from this unreliable and error-prone source, which has been rejected by federal courts all over the country, casts serious doubt on the reliability of his entire testimony.”

U.S. District Judge Jeffrey White, however, did not find Feinerman to be an unqualified expert based on his Wikipedia plagiarism. Responding to the defendant’s December motion to strike all of Feinerman’s expert testimony, White expressed his concern over the professor’s plagiarism, but said that he couldn’t conclude that Feinerman was entirely unreliable.

Perhaps Judge White was persuaded, in part, by the fact that Feinerman does possess the requisite knowledge, academic expertise and first-hand experiences to render him an expert on China’s government strategies and economic espionage tactics. The acclaimed law professor and associate dean has been researching and writing about Chinese law since the 1970s. A Harvard Law School and Yale University graduate, he speaks fluent Mandarin and Cantonese, has testified before Congress about China’s methods, and is currently working on his latest piece of scholarly research, The Chinese – Aren’t They “Human”?

However, the fact that Feinerman possesses this expertise makes it all the more troubling and perplexing as to why he copied a notorious internet source that most professors find themselves looking to for evidence of their own pupils’ potential plagiarism. Feinerman is described by his Georgetown students as “absurdly intelligent,” “intimidatingly smart,” and possessing “penetrating intelligence” on the site RateMyProfessors.com.

The government admitted that Feinerman used Wikipedia but that doing so does not make him unreliable as an expert witness. He simply “utilized language from Wikipedia as a concise English-language summary of his opinions on certain topics,” wrote federal prosecutors in court papers.

At this time, it remains unclear whether or not the government will call this expert witness to the stand to testify against the 56-year-old Californian businessman.

As Judge White noted, the fact that Feinerman plagiarized Wikipedia “may seriously undermine his credibility as a witness in the eyes of the jury.”

Furthermore, Judge White ruled that Feinerman cannot testify that the Chinese government actively recruits, encourages and rewards its citizens abroad for engaging in intellectual property theft and economic espionage. The court noted that with regard to this testimony, “any probative value is substantially outweighed by the potential for prejudice and to confuse the issues.”

Confusion of the issues may be inevitable in this criminal trial. Usually reserved for complex civil law cases, the topics of patent law and trade secret technologies are prevalent in this case against Liew, who is just one of several defendants charged in the indictment.

He claims that any information that the defendants possessed in relation to DuPont’s recipe for titanium dioxide was not a trade secret but instead was previously protected technology that has since become part of the public domain after the patents expired.

Therefore, Liew contends that it was perfectly legal to disseminate this information to the Pagang Group Co., in furtherance of the Chinese company’s plan to surpass DuPont as the world’s largest producer of titanium dioxide, which has annual global sales of about $14 billion.

The Pagang Group was also indicted along with the Liews and their alleged co-conspirators, but prosecutors have failed to meet the legal requirements required to summon the foreign company to an American court.

What’s your take?  Does an expert’s use of Wikipedia diminish their credibility?