The world is not flat. Earth orbits the sun. Smoking is bad for you. Are these conclusions all so “accepted” that they are truly above and beyond Daubert analysis? Is it even possible for a theory to be immune to examination under Daubert? For these conclusions—a round Earth, a Sun-centered solar system—it may seem possible, but where does compulsory acceptance give way? With the assertion that tobacco is carcinogenic? Asbestos causes mesothelioma? Or Fixodent causes spinal cord disease? 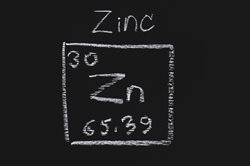 This is the issue recently argued before the Eleventh Circuit in on-going multi-district litigation. The plaintiffs claim the zinc in Fixodent denture glue caused their copper deficiency myelopathy (“CDM”), a serious neurological condition that affects the spinal cord. A Florida District Court judge recently granted Fixodent’s motion to exclude the plaintiffs’ causation expert under a Daubert analysis. Judge Altonaga reportedly found the evidence supporting the plaintiffs’ experts’ conclusions too scientifically unsound to be admitted. In her opinion, it was enough to establish a theory, but it was not yet “ripe for testing.” The plaintiffs pointed to multiple textbooks and hundreds of peer-reviewed journal articles finding Fixodent causes zinc poisoning which blocks absorption of copper and causes CDM. Fixodent conceded the existence of these articles but asserted they established only that the theory was “something to look at,” arguing case studies that may lead to anticipatory government action differed from actual full-fledged testing. In excluding the experts’ opinions, Justice Altonaga clearly agreed. During oral argument on appeal, the Eleventh Circuit questioned whether these studies were superficial or lacking key information on participants’ usage habits and whether the textbook examples amounted to evidence of necessary acceptance by the scientific community.

The plaintiffs’ response to this line of questioning? Judge Altonaga abused her discretion in even undertaking a Daubert analysis.

Read that one more time: “In even undertaking.”

The plaintiffs asserted that since the medical community generally recognizes that the zinc in Fixodent can cause severe neurological injuries, including CDM, the causal links are so well-established that they are on par with findings about harm caused by cigarettes and asbestos, and are therefore not subject to Daubert. Basically—according to the plaintiffs—it is a conclusion beyond examination. An assumption beyond reproach.

Do such things exist? If so, how are they established and by whom? Perhaps by the scientific community through years upon years of unrefuted evidence until the principle is simply generally accepted, i.e., that the world is round.  Or should such an untouchable opinion require a finding of fact by a high court, i.e., that tobacco causes lung cancer. The Florida Supreme Court has already reached this conclusion. Florida tobacco plaintiffs need only now prove they have lung cancer that was not caused by something other than tobacco and voila, tobacco causation is established.

As our expertise lies in locating experts, it certainly raises our eyebrows when a party claims their causation theory needs no expert. Our question to you: Is Fixodent there? Is the conclusion that the zinc in Fixodent causes spinal cord disease on par with the finding that tobacco causes lung cancer? If your answer is no, how do you arrive to your conclusion without a prior authoritative judicial opinion in your favor? It’s fun to think about the potential liability claim that may have first been staked on a conclusion that the Earth is flat. An insurance claim over a cargo ship that never made it to the “other side” perhaps? If the premise is really so generally accepted, would you play the “it’s un-Daubert-able” card? If you’d rather put forth an expert to prove and validate your assertion – whether on zinc, carcinogens, or the Earth’s circumference - we find the best. By searching ‘round the globe, naturally.