A Lone Pine order is basically a controlled burn, or it accomplishes the same objective at least.  In theory, it is a “fire” used to prevent the growth or blaze of meritless litigation.  Don’t want a nasty, complex lawsuit to grow or blaze out of control?  Hit it with a Lone Pine order early on in hopes of killing that volatile vegetation. Is it fair?  It depends on which side of the courtroom you’re sitting on.  Because it acts essentially as an early motion for summary judgment, generally speaking, plaintiff’s attorneys hate them, defense lawyers love them. Does it work?  A recent opinion from the Colorado Supreme Court suggests a similar response is required. It depends on which courtroom you’re sitting in - federal or state (and if state, which one). 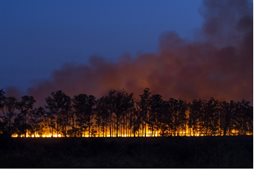 So what is a Lone Pine order?  It’s basically a case management order from the court that requires plaintiffs to produce a certain measure of evidence to support their claims at a very early stage in the litigation.  Typically, the orders require plaintiffs to produce evidence of (1) exposure; (2) damage (a disease or property damage); and (3) causation.  Lone Pine orders are most often used in complex litigation to identify meritless claims and streamline the litigation. They are typically issued under Rule 16 of the Rules of Civil Procedure, which allows courts to adopt special procedures for managing potentially difficult or protracted actions.  Fed. R. Civ. P. 16(c)(2).  This sounds kind of like an ambiguous instruction to The Fixer in the mafia: “We need you to handle this Big Nicky.”  As a defense attorney, if you want to put some heat to a complex case, you ask the judge for a Lone Pine order.  If plaintiff’s counsel cannot put forth sufficient evidence to support the claims, the case is dismissed.  The burn is initiated, the dry, delicate tinder is extinguished and there will be no raging wildfire today.

While defense attorneys will argue the bar is not high ─ in that plaintiff’s counsel should have compiled evidence sufficient to meet the requirements of a Lone Pine order long before filing suit ─ plaintiff’s attorneys see Lone Pine orders as premature summary judgment because it forces them to make a prima facie showing of their claims before they are entitled to a lick of discovery from the defendant.  Even assuming the burden can be met, it still requires plaintiff’s counsel to essentially “show their hand” very early in the litigation without a similar requirement from the defense.  In short, while a Lone Pine order can be an effective case management tool, it is a pretty high bar to set right out of the gate before any discovery has been conducted in the case.  This is likely the reason the Colorado Supreme Court recently struck down the trial court’s use of a Lone Pine order in Strudley v. Antero Resources Corp. No. 13SC576, 2015 WL 1813000 (Colo. Apr. 20, 2015).

In Strudley, the trial court dismissed the plaintiffs’ case following their failure to make a sufficient evidentiary showing under a Lone Pine order.  Plaintiffs appealed and the Colorado Court of Appeals reversed based on its conclusion that Lone Pine orders were not permitted under Colorado law.  The Colorado Supreme Court recently affirmed, finding Colorado’s Rule 16 did not provide a trial court with authority to “fashion its own summary judgment” by filtering and dismissing claims during the early stages of litigation.  This finding was based primarily on a comparison of the state rule and its federal counterpart and Colorado’s decision not to adopt the “special procedures for managing potentially difficult or protected actions” that are included in the federal version of Rule 16.  The court rejected defendant’s arguments that the spirit of the state rule encouraged early dismissal of frivolous claims in explaining a stated goal does not equate to a grant of authority to achieve that goal.

While Strudley was a win for the plaintiff’s side and shows that an overly-aggressive state court Lone Pine order may face scrutiny on appeal, it seems this was an anomaly overall.  Most federal courts and many state courts find the federal version of Rule 16 supports use of a Lone Pine order to identify meritless claims and streamline litigation.  It’s like a controlled burn of their docket.

If you’re facing or anticipating a Lone Pine order, you’re going to need top notch expertise to help you meet the exposure, damage and causation requirements.  IMS ExpertServices is highly experienced in finding, vetting, and delivering best-of-class talent that can help you survive the fire.  If you have recently filed or faced a Lone Pine order, we want to hear from you.  How are courts handling them?  Do judges seem reluctant to put a plaintiff’s feet to the fire early on, or does it seem they like to clean their dockets with the occasional “controlled burn”?