Daubert Quiz: How to Hedge Uncertainties

Even with a Happy Meal, some investors still aren’t happy. You probably wouldn’t be either, if your six-figure investment in a promising start-up solar panel company went lights-out. 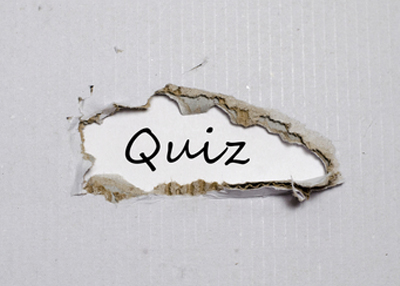 In a recent credit swap collusion case out of the Southern District of New York, involving large-scale long and short capital investments, the court offers a helpful and detailed Daubert analysis of expert testimony on market misrepresentation and scienter. The takeaway for you? How to prove a reliable assumption, even with uncertainties. And how to disprove it, too. Are you up for the challenge? Let’s see if you’re an expert whiz with this Daubert quiz.

ECD Investors Group
The plaintiff, ECD Investors Group, is an investor group backing the solar panel start-up company which contracted with the defendant, Credit Suisse, a credit securities group, to execute an offering to investors in order to raise capital for ECD to fund the solar panel venture. See ECD Investor Group, et al. v. Credit Suisse International, et al., Case No. 14-CV-8486 (S.D.N.Y. Sep. 1, 2017 Credit Suisse put together an offer to investors that allowed them to invest in “long positions” (notes that could later be converted in case the company did well) that could be hedged by “short positions” (shares that could be sold as common stock, i.e., quickly unloaded, if the company did not do well). Hence the moniker of Happy Meal, a popular term in the financial industry for this type of sweetheart deal offering investors extremely favorable terms.

Credit Suisse packaged the meal and offered it to investors who purchased both long and short positions. Everything was initially promising following the June 2008 offering. Unfortunately, ECD’s stock value took a nose-dive in the fall of 2008 and never recovered, eventually forcing ECD to file for bankruptcy in 2012. ECD subsequently sued Credit Suisse claiming that rather than encouraging and facilitating more investment in long positions by its investors, Credit Suisse conspired with investors to take on excessive short positions. ECD alleges this contributed to its demise.

That sounds like a pretty tough theory to prove.

David DeRosa
Cue the expert! ECD retained David DeRosa, a long-time player in the capital markets, who reviewed the records and offered an opinion, based on his calculations, that Credit Suisse intentionally manipulated the market to produce more short position investments in ECD, which resulted in “excess short shares.” One of the components of DeRosa’s excess short shares calculations was an exclusion of almost 600,000 “plug shares” that Credit Suisse sold as long positions to investors because there were no restrictions on the shares that would have prevented the investors from selling those shares at any point. Meanwhile, Credit Suisse made no effort to monitor or control its clients’ disposition of those shares.

Cue the uncertainty, and DeRosa’s treatment of it. In DeRosa’s opinion, because these long position shares could have been sold or traded on the same day they were purchased, they were rightfully excluded from his calculation and subsequent opinion that Credit Suisse sold excess short shares. DeRosa also admitted that had he included them, his calculation would fall under the necessary benchmark to be considered “excess.”

Regardless of whether you are familiar with share restrictions, short shares, long shares, or even capital fund investments at all, can you see a flaw in DeRosa’s theory? The court did.

Even after citing the well-known rule that exclusion of expert testimony is warranted only when the court finds “serious flaws in reasoning or methodology,” the court found DeRosa’s hop from “could have” to “did” was too big of a leap, particularly in light of evidence that was available to DeRosa showing some investors, in fact, did not sell or trade these long plug shares. Moreover, even without such evidence, the court pointed out DeRosa’s theory is flawed because he jumped from a mere “theoretical possibility” that an investor might do something, to an unsupported assumption that “they actually did so.” ECD Investor Group, Case No. 14-CV-8486, at 26. The lesson here? Unreliable components don’t have to be the death knell of a reliable calculation, as long as they are accounted for with a justifiable average or hoc quantity. Ignore them entirely, and the court may also do the same with your expert’s testimony.

Conclusion
So, how did you do? Did you catch the flaw before we revealed it? Reliable scientific testimony can often require an expert who can make something very sophisticated seem simple, straightforward, and reliable. These are the specialists we can find for you: experts in credit swap collusion, market manipulation, and Happy Meals, too.