If shareholder-rights lawyers were feeling that Delaware courts have been too soft on the boards of master limited partnerships (“MLPs”) in the energy industry, a recent chancery court decision slamming the general partnership of one such MLP with a $171 million judgment may herald a change in perceptions. In re El Paso Pipeline Partners, L.P. Derivative Litig., 2015 WL 1815846 (Del. Ch. Apr. 20, 2015).

By way of background, an MLP is an entity that combines the liquidity of a publicly traded company and the tax benefits of a limited partnership (because the partnership is a pass-through entity that does not pay taxes on its profits, which are taxed only when unitholders receive distributions). The MLP has proven popular with energy companies that own “midstream” assets such as terminals and pipelines that are primarily involved in the gathering, storage, and transportation of oils and gases. Such assets are frequently governed by long-term agreements that generate stable cash flows that are not influenced by the price volatility of the underlying fuels themselves or by the unpredictability of the exploration and development process. The combination of stable cash flows and tax benefits has proven attractive to investors. To satisfy investor demand for MLP securities, energy companies “drop down” midstream assets into an MLP and then sell MLP units to the public.  The proceeds from the public offering are then passed back to the “parent” company as payment for the assets. Even after an MLP goes public, the “parent” company frequently continues to sell (i.e., drop down) midstream assets to the MLP to raise additional capital.

It is easy to see where a conflict can arise between the parent company and the MLP’s unitholders in connection with asset drop downs. Who is responsible for valuing the assets to ensure that the MLP is not overpaying the parent company for the assets?  The responsible party is the independent board members of the general partner that manages the MLP—the so-called “conflicts committees.” However, the members of MLP conflicts committees frequently have ties to the parent company, ties that may undermine their loyalty to the MLP and its unitholders.

Most MLPs are Delaware limited partnerships. For a long time, Delaware courts have cut independent board members substantial slack by deferring to their approval of asset sales by parent companies to MLPs. No more.
In this groundbreaking decision, the Delaware Chancery Court awarded the plaintiffs $171 million in damages after concluding (following a trial) that the conflicts committee had approved the sale by the parent company to the MLP of, among other assets, a 49% interest in an entity (Elba) that operated a natural gas terminal and pipeline—even though the conflicts committee believed that the price that the MLP paid was too high and that the sale was against the MLP’s interests. 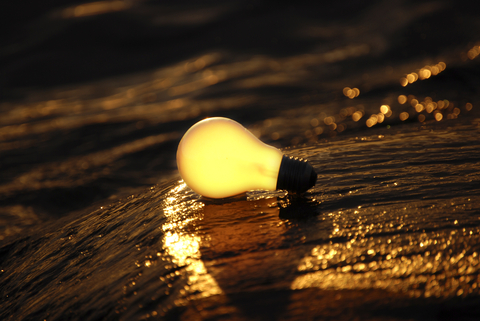 The facts developed at trial astounded the court. As noted, the relevant assets sold to the MLP included a 49% interest in an entity known as Elba. Prior to that transaction (which closed in November 2010), the conflicts committee had approved a transaction in March 2010 involving the sale of a 51% interest in Elba to the MLP. The market reacted negatively to the transaction, and one committee member remarked, “The next time, we will have to negotiate harder.” Conflicts committee members also concluded that it was not in the MLP’s best interests to acquire the remaining 49% interest in Elba. They also knew that the market for the type of assets held by Elba had deteriorated after the March 2010 transaction. Yet, despite all that, when presented in the fall of 2010 with a proposal from the parent to sell the remaining 49% interest in Elba to the MLP, the conflicts committee capitulated and approved the MLP’s purchase of the 49% interest at a price that was $25 million higher on a percentage basis than the MLP had paid for the 51% interest in March 2010. As the court observed, the committee’s members subordinated their independently held views to the parent company’s wishes and thereby “evidenced conscious indifference to their responsibilities to the MLP.”

The final question remaining after trial was the amount of the damages that the MLP suffered by paying too much for the remaining 49% interest in Elba. Here, the plaintiffs’ expert put the final nail in the coffin. Specifically, the expert determined that Elba’s cash flows were riskier than the conflicts committee was led to believe because only a small percentage of those cash flows were guaranteed by solvent companies. After valuing Elba’s guaranteed cash flows and non-guaranteed cash flows, the plaintiffs’ expert determined that a 49% interest in Elba in November 2010 was worth $760 million. The MLP had paid $931 million—a difference of $171 million.

Do you agree with the judge’s decision? What do you see as the impact of this decision on future MLP litigation in Delaware? In our view, it’s difficult to determine whether the El Paso decision will change the dynamic of future lawsuits against MLP boards and general partners. On the one hand, the decision may be an outlier insofar as the extent to which the conflicts committee abdicated its responsibilities in connection with the November 2010 transaction was quite extreme. On the other hand, it seems likely that Delaware judges will scrutinize future complaints more closely and, perhaps, improve the likelihood of plaintiffs surviving motions to dismiss or motions for summary judgment in lawsuits against MLP boards and general partners.