Did Visa, MasterCard Collude to Put Profits Before Protection?

“We don’t take American Express.” You’ve likely heard this before, right? What about “We don’t take Visa.” Never? That sounds about right. Major retailers, if they accept card payments, take Visa and MasterCard, for the most part. These two card-issuing giants pretty much have the market on credit cards cornered - but at what cost? According to Home Depot, the cost was $750 million in transaction fees last year alone. In its recent antitrust suit, Home Depot criticizes Visa and MasterCard’s allegedly exorbitant transaction fees and claims they are gouging the market through unfair competition, unreasonable restraints on trade, and a collusion to put their profits ahead of fraud protection. 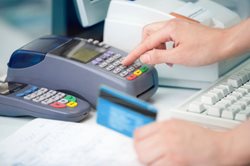 The fight between mega retailers and card issuers has been brewing for years. Home Depot was just one of many big-name merchants (alongside Wal-Mart, Target, 7-Eleven) who were in litigation with Visa and MasterCard back in 2011 over the card-issuers’ “default” interchange fees and pay-to-play rules. For example, if one store location accepts Visa or MasterCard, all others must accept them. If a company accepts one Visa or MasterCard, it must accept them all, regardless of the issuing bank (i.e., Chase Freedom versus Hometown Credit Union). Companies are not permitted to offer discounts to customers who are willing to pay in cash to discourage credit card use or charge customers an additional fee—say, for using a Visa versus an American Express—in order to encourage use of cards with terms more favorable to the merchant. All of these pay-to-play rules essentially shifted the burden of credit card fees from the banks to the merchants. Visa and MasterCard settled the 2011 case to the tune of $7.25 billion. Home Depot opted out of that settlement and have now thrown down the gauntlet for round two.

Home Depot’s beef this time around is “the chip.” While it is becoming instinctive for consumers to see if they need to insert their card or swipe it — many didn’t understand the real reason for this change. On its face, the switch to the chip reader was to beef up fraud prevention. Cards with smart chips encrypt your account with a new code for each transaction, making creation of a counterfeit card for the same account virtually useless. The credit card issuers set a date of October 1, 2015 for merchant conversion to the chip readers (at the merchant’s expense). The conversion was not mandatory, but merchants who had not upgraded by the October 1st deadline were responsible for covering the costs of any fraud that occurred as a result.

Home Depot stood as one of the first national retailers to convert all of its card readers, but it pushed for further fraud prevention by requiring the chip plus entry of a PIN. Then, according to Home Depot and Wal-Mart, who recently filed a similar antitrust action against Visa, the credit card companies colluded to block the use of pins. Why the alleged resistance to credit card PINs? Signature transactions have higher fees. It seems that fraud prevention becomes bad for credit card business at some point.

We predict more suits will likely follow as the conversion to chip readers causes merchant transaction costs to surge.

We want to hear from you: Have you had retail clients report increased transaction costs as a result of this chip reader conversion? Let us know in a comment below.