Do the New PTAB Rules Drive You to Drink?

“Avoid institution.” That’s what every patent owner facing a petition wants to do, right? With the new changes to the PTAB rules that went into effect May 2, 2016, it seems the Patent Trial and Appeal Board (PTAB) wants to as well. At a minimum, they want to be sure to give both the petitioner and the patent owner every opportunity at the pre-institution phase to put not only their best, but also their every, foot forward to avoid the ever-dreaded institution of a timely, costly patent trial.

We reported on these rule changes when they were merely proposed in the fall of 2015. You may recall the bathwater and gin hooch, the petition filed by Bootlegger Bill and the USPTO’s decision to lift the prohibition and let patent owners’ experts “speakeasy.” Previously, the primary change that was proposed to the pre-institution procedure was the ability for the patent owner to submit countering expert testimony in response to an expert affidavit submitted with the petition. With the new rules adopted May 2nd, the PTAB has allowed this change and much more. Now, if Bootlegger Bill files a petition with a hooch expert affidavit attached, you—as the petition owner—may file an affidavit from your own gin guru in response, to counter Bill’s heinous accusations. 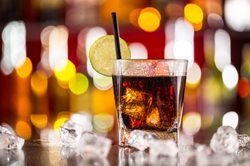 Some opponents to the new rules worried this “speakeasy” change might allow the PTAB to deny a petition based purely on a finding that your gin guru is more persuasive than Bill’s bathwater guy, without giving Bill the proper opportunity to cross-examine your expert. Maybe your guru doesn’t know his yeast from his sugar and Bill’s dying to call him out on it. To ensure Bill is afforded this opportunity, the new rules create a presumption in favor of the petitioner that reads much like the standard for denial of a motion for summary judgment. Now, any issue of material fact created by competing pre-institution experts must be resolved in favor of the petitioner. Much like the grant of a summary judgment kills a claim, the denial of institution post-grant kills the petition. And, because it is a final, non-appealable decision, the PTAB believed a presumption in favor of the petitioner when an issue of fact arises was proper.

The new rules also grant the PTAB the authority to order limited pre-institution discovery, including the cross-examination of witnesses. Meaning, if the PTAB wants to see Bootleg Bill try to disassemble your gin guy on the stand, then by all means, he will be given the opportunity. In addition, the new rules also allow the petitioner to seek leave to file a reply to a patent owner’s preliminary response as long as he makes a showing of good cause. Meaning, your gin expert must have been really hitting the sauce himself when making those yeast and sugar calculations. (If he was, you need to let us find you a more helpful hooch guy next time!)

In all, it appears—with respect to pre-institution procedure—the rules were intended to right a long-standing wrong by allowing a patent owner the ability to submit expert testimony in opposition to testimony in the petition and then reign in that shift of power with a favorable issue-of-fact presumption for the petitioner and limited discovery as needed to ensure full disclosure of evidence before a petition is denied or a patent trial is instituted. This will also mean more rigorous preparation and resources will be expended in the pre-institution phase to avoid institution.

Do you agree these changes will ensure full disclosure of evidence and more fair decisions from the PTAB at the pre-institution phase? Or, does the thought of having to prepare for a potential full-blown mini-trial pre-institution drive you to drink?