DOJ to Stop $91B in Health Insurance Mergers

There are three things you don’t discuss at a dinner party: politics, religion and Obamacare. Many have mixed (and very heated) emotions about the latter. One thing no one will deny, though, is that it was a sweeping overhaul of the U.S. Health Insurance market. 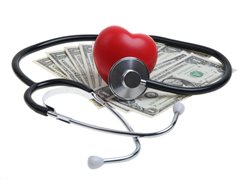 As President-Elect Trump phases in, the Obama administration is seeking to make one last impact by preventing two proposed medical insurance provider mergers that would leave the U.S. with only three national insurers. Three. How’s that for competition? With both the Anthem-Cigna trial and the Aetna-Humana trial underway, the future of national healthcare is certainly up in the air. We’re curious which way you’re leaning. Are you with the government on this one?

Anthem and Cigna represent the
second and fourth largest medical
insurance providers in the U.S.

With Anthem and Cigna seeking to merge for $54B and Aetna and Humana for $37B, a collective $91B in mergers would shrink the top five providers down to three and would create the largest provider of Medicare Advantage plans in the United States. Does that, alone, make it anti-competitive? Arguably, any merger — even Mom-and-Pop A merging with Mom-and-Pop B — lessens competition. The test is whether it will reduce competition to such a degree that consumers will suffer from higher prices and no alternatives.

In a joint statement issued by Humana and Aetna in response to the government’s suit, they claimed their deal would “improve the quality of care and lower costs while increasing insurance options for many Medicare patients.” Anthem deemed the DOJ’s move an “unfortunate and misguided step backwards for access to affordable health care.”

The DOJ’s economics expert, David Dranove, a professor at Northwestern University, disagrees.Phase one of the two-part antitrust trial between the DOJ and Aetna-Cigna focused on Dranove’s testimony, where he claimed the merger would stifle Cigna’s incentive to create innovate health and wellness programs and would shrink head-to-head competition in the national insurance marketplace, resulting in increased costs for large employers.

The second phase of the trial will focus on local markets and the ability of the newly-combined Anthem-Cigna to pay less to healthcare providers. Dranove testified that the health insurance market’s Herfindahl-Hirschman index — a market-concentration index — would be so high, following the merger, as to be “presumptively anti-competitive.” Counsel for Anthem-Cigna attacked Dranove’s methodology in reaching this conclusion by dissecting the enrollees included in his figure and suggesting it was misleading. Dranove’s testimony was definitely the crux of phase one of the trial and an important reminder how crucial expert testimony can be to the factfinder’s comprehension of complex analytics and metrics.

Now that you have heard some of the expert testimony on the market analytics, we want to know your thoughts. Do you believe these combined $91 billion in mergers between Anthem and Cigna, and Aetna and Humana will result in unfair competition in the medical insurance market? Let’s go ahead and get controversial with it: Are you with Obama on this one? Let us know in a comment below!