"How did you arrive at that compensation figure, Mr. Expert?"

"I have contacts at the top firms who know what the going rate is. I gave them a call, but I cannot disclose what they told me."

"Let me get this straight. Your opinion is based on what someone else told you, but you’re not going to tell us what they said?"

I object. Is that what you’re thinking? Surely this is hearsay or some other breach of the evidentiary rules. Mr. Expert picks up the phone, gets a secret opinion from a colleague and suddenly that’s a sufficiently-reliable, admissible opinion under Daubert. Can experts really phone a friend in confidence? According to the Federal Rules of Evidence, as recently interpreted by a judge in the Southern District of New York, they can. Here are two helpful practice points to take away from this opinion:

The expert in this matter, Mr. Hall, was brought in to opine on the proper compensation of an attorney 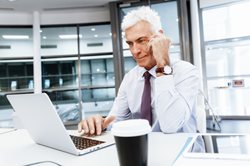 in an employment dispute. In addition to his thirty-five years of experience as, basically, a head-hunter in the industry and his own independent research, one of the primary bases for Mr. Hall’s opinion was information gathered from colleagues about the compensation practices at their top tier firms. Mr. Hall claimed he had to obtain this information privately, from trusted contacts, as there is no published data on executive compensation due to the proprietary and sensitive nature of the business. The defense filed a Daubert motion to exclude Mr. Hall’s testimony, citing his failure to search for or rely upon any publicly-available data to support his opinion.

The Southern District of New York found here that “[a]s an initial matter, the argument that Mr. Hall could have considered published data does not go to the sufficiency of the data on which he did rely.” Meaning, if you feel there’s a zinger of a report, study, or treatise that your opposing expert has failed to consider, save it for trial and nail him with it on cross, because the heart of the matter at the admissibility stage is the information upon which the expert did rely. In short, don’t jump the Daubert gun.

While the primary source of the defendants’ motion to exclude Mr. Hall’s opinions was his failure to consider allegedly-available published data on executive compensation, the court, on its own initiative, noted that Mr. Hall’s practice of reaching out to colleagues to gather information upon which he relied in forming his opinion was permissible. Why? Because it’s what others in the industry would do.

The court noted that the Federal Rules of Evidence permit an expert to base his opinion "on facts or data in the case that the expert has been made aware of or personally observed. If experts in the particular field would reasonably rely on those kinds of facts or data in forming an opinion on the subject, they need not be admissible for the opinion to be admitted." Fed. R. Evid. 703. In this case, considering the proprietary and sensitive nature of executive compensation and the common practice of others in the industry to “phone a friend” in this circumstance, the court found Mr. Hall’s reliance on the same information-gathering process was sound and sufficiently supported his opinion, even though he could not disclose the compensation figures provided by his contacts. Hence, if those in the field rely upon it, your expert can too, even if it is not publicly available, published, or even admissible.