Update 6/29/17: Court of Appeals for the Federal Circuit reversed the December 2015 finding by the ITC and ruled that two of Navico’s patents were invalid.  This decision reversed the ITC’s original orders discussed below, and also supersedes all related rulings by the U.S. Customs and the ITC, including the initial determination that Garmin be subject to a $37M fine. Fed. Cir. order here.

Remember when the first auto-based Garmins came out? You mounted them in a holster, stuck it to your windshield, and chose between the British-accented Jane or the Aussie-accented Ken to help you find your way. 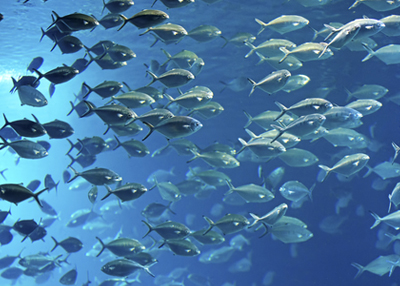 Garmin is also a big player in the sport fishing market with many shockingly-accurate, fish-finding devices. Its manufacture and sale of some of these marine sonar devices in violation of a cease-and-desist order from the International Trade Commission (ITC), however, has found Garmin in 37 million gallons of hot water.

A Fish Locating Device
In June 2014, marine electronics companies, Navico, Inc. and Navico Holding AS filed a patent infringement suit against Garmin International alleging infringement of their patents in some of Garmin’s marine sonar (“fish-finding”) devices. The ITC sided with Navico and issued a limited exclusion order prohibiting Garmin products from entry into the U.S. as well as two cease-and-desist orders barring any further sales of the infringing devices within the U.S. Section 337 of the Tariff Act grants the ITC both the authority to issue cease-and-desist orders in addition to an exclusion order where it is shown there exists commercially significant inventory in the U.S. and to impose penalties of “not more than the greater of $100,000 per day or twice the domestic value of the articles entered or sold” in violation of the order.

In an effort to find its way around the cease-and-desist orders, Garmin attempted a re-design of the sonar devices and began selling again in the U.S., which sparked a request from Navico for enforcement proceedings in October 2016. As a result, Administrative Law Judge David Shaw found Garmin’s second round of products were sold in violation of the cease-and-desist orders and noted two specific actions by Garmin he believed pointed to a violation of the orders:

Administrative Law Judge David Shaw found Garmin's second round of products were sold in violation of the cease-and-desist orders.

Rather, it appeared the unilateral decision to move forward with sales of the re-designed devices was made by Garmin’s technical and management personnel without evidence of advice or input from legal counsel. Meaning, if you have clients that are attempting to operate around a cease-and-desist order, counsel them on the need to seek legal counsel first, even if just to reinforce the appearance of propriety. While Judge Shaw did not find an out-and-out egregious disregard of the cease-and-desist orders, he did conclude Garmin’s failure to seek legal counsel as a failure to take “reasonable and energetic” steps to ensure compliance with the cease-and-desist orders. Shaw deemed this “bad faith” on Garmin’s part and recommended the ITC impose a very hefty fine.

Analyzing Garmin's Decision
In analyzing Garmin’s behavior to determine the appropriate penalty, Judge Shaw noted Garmin’s decision—to continue selling devices in violation of the orders—allowed Garmin to maintain its dominant share in the marketplace and avoid the negative impact a sudden withdrawal of devices from the market would have had, even if only temporary. Meaning, in this case, the marginal profit from sale of the violating devices was not Garmin’s main objective. Rather, it was protection of the brand and its significance in the market. According to Judge Shaw, this meant a penalty that only amounted to the marginal profit would not sufficiently deter Garmin or other companies from making a business decision to incur the nominal penalty in order to remain relevant in the market. With Garmin’s infringing sales “greatly exceeding” the alternative minimum penalty of $100,000 per day under Section 337, Judge Shaw recommended to the ITC a penalty of $37 million. If rendered, it will be the largest penalty ever issued for violation of a cease-and-desist order. The matter is currently pending review by the ITC.

So, what did we learn? If you have a client who is facing or thinking about operating under a cease-and-desist order, make sure they find time to seek your advice first. You can give them 37 million reasons why. And, if you need an expert to analyze and consult with you about a potential patent infringement claim, we find the best. No Garmins required.