How to Lose a Daubert Challenge in Three Ways

How to lose a Daubert challenge sounds counterintuitive doesn’t it?  But, sometimes the best way to do something well is to know how not to do it.  Two recent patent opinions (here and here) out of the Eastern District of Missouri stand as a shining example.  Three Daubert challenges translate to three failed attempts at exclusion.

1.   Discounting Experience for a Degree

The defendant in Emerson Electric Co. v. Suzhou Cleva Electric Appliance Co., Ltd. et al
first attacked the plaintiff’s design expert, Dr. Rutter, by claiming his qualifications sucked.  But, if your area of expertise is commercial vacuum cleaners, perhaps they should?  The defense challenged Dr. Rutter’s ability to testify on improved vacuum cleaner design because he did not have a bachelor’s degree in mechanical engineering.  As the court rightfully noted, a specific degree is not required.  Rather, it is someone with “ordinary skill in the pertinent art.”  Yes, vacuum cleaner design is an art.  The court found Dr. Rutter, despite his lack of a mechanical engineering degree, was more than qualified to discuss vacuum cleaner design because of his thirty-five years of experience in the industry, which included research and development related to vacuum cleaners and products such as power tools, manual tools, and automotive vacuum gages. He was also a named inventor on more than one hundred patents, including at least one patent for an invention related to ergonomic improvements to vacuum cleaners. As the court pointed out, “Rule 702 does not rank academic training over demonstrated practical experience.”  The lesson here is all that is needed is “ordinary skill in the art.”

For their next trick, the defense tried to challenge plaintiff’s materials expert, Dr. Bowen, because he did not measure the specific thickness of the collapsible canister in the allegedly-infringing vacuum cleaners.  The defense, relying on Dr. Bowen’s own statement in his deposition that the thickness of the canister “would be a consideration” in determining whether the canister would collapse, characterized 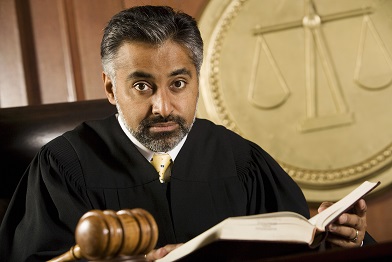 his undisputed failure to measure the canister in the suspect vacuum as a failure to follow his own methodology in reaching his opinions in the case.  Again the court saw through the smoke and mirrors and reminded the defendant that the question was not whether the canister would collapse but whether it was created from a material that could collapse.  Dr. Bowen’s finding that the canisters were made from an injectable-mold plastic translated to a finding that the canisters could collapse; thus, a precise measurement was not required.  Imagine an expert who claims a wire is not strong enough to hold five hundred pounds.  If the wire snaps at four hundred pounds, the point is pretty much proven whether he measured the wire before testing or not.  You shouldn’t check your common sense at the Daubert door.  If the opinion practically proves itself, precision may not be required.

For the grand Daubert finale, the defense tried to exclude plaintiff’s patent expert, Mr. Ostroski’s, opinion on infringement based on a claim that Mr. Ostroski failed to conduct any investigation to determine whether the meaning of the terms in the patents had changed from the date of invention.  While it is true that patent experts must “place themselves into the mind of a skilled artisan at the time of invention,” it appeared the terms at issue in this case were timeless.  As Mr. Ostroski so eloquently put it: “A circle today is a circle as it was twenty years ago.”  It was clear Mr. Ostroski used the present-day meaning of the terms because he did not believe their meaning had changed since the date of invention.  And the court agreed.  A circle today is the same as it was twenty years ago and the same as it will be twenty years from now.  If the meaning has not changed, there is no reason to force an expert to reinvent the circle.

What do you think readers?  Have you seen arguments similar to these made in your patent cases?  Do you agree with the court’s rulings allowing testimony from these “three wise men”?  Let’s add to our how-not-to list.  Share your Daubert experiences in the comments.