Is the Fix In? The FX Rate Manipulation Scandal Explained

While we presume you’ve heard about the FX fixing scandal, you are forgiven if you might confuse it with the abuse of custodial trust FX scandal (involving State Street Bank and Bank of New York, among others), the FX rate hard sales markup investigation going on now, the LIBOR manipulation scandal, or one of the many other chapters of Banksters Gone Wild, Treasury Edition that seem to have found a permanent place on the front page of the Wall Street Journal. If it feels like there’s a new one of these every week, that’s because there very nearly is.

The FX fixing scandal is special and different, even if it may implicate some of the same venerable institutions. One of the aspects of the alleged crime scene is the way the traders got together and created names for their enterprises like “The Cartel” and “The Bandits’ Club”, thoughtfully making the job of proving conspiracy infinitely easier for prosecutors.

So what’s the real lowdown on this alleged caper? Let’s start with a quick dive into some of the mechanics of the foreign exchange market. The FX market is the largest global market in terms of daily volume, averaging around $5 trillion in daily turnover. Most of this volume (albeit a decreasing proportion) is conducted by banks, either in direct contact with each other or, as has become more frequent, via one of the many electronic communication networks (ECNs). A lot of volume also comes from customers who have a substantial need to transact FX, usually as part of a larger transaction.

Many institutions (corporate treasurers, pension funds, government agencies, sovereign funds, and an assortment of other entities with some kind of fiduciary responsibility) avail themselves of the ability to execute their transactions in a regular manner at the same time very day—at 4pm London time, which is also known as the London PM Fix or simply the fixing. Conducting business consistently in this way enables these institutions to avoid the exercise of discretion, in cases where that might not be a good thing. It also enables them to acquire/offload FX exposure at the precise mark used in their financial statements, avoiding any distortion in results, positive or negative.

The fixing is actually a single rate (available for 159 currencies), calculated by WM/Reuters, a joint venture of the WM Company and Thomson Reuters. The Fix has many uses aside from a guide for actual transactions: it is used to benchmark derivative products (options in particular), and index international bonds and equity portfolios. 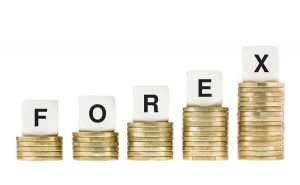 How is this rate calculated? WM Company samples bid/offer prices from Reuters, who also supplies executed trade volumes, over a 1-minute period that runs from 30 seconds before the fixing to 30 seconds after.  WM then calculates the time and volume weighted average price for each currency pair using this data. That price becomes known as the fixing for that pair.

So far, all is good. Where things went bad was in the way that traders at banks are typically tasked with executing large transactions at the fixing price, which can be very profitable but also carries substantial risk. Let’s walk through an example of a trade setup, but first understand that FX trading is not conducted through a central limit order book the way stocks are traded. Liquidity is fragmented globally and represented to customers by market makers who are on their own when it comes to sourcing offsetting trades. Customers will routinely ask banks for prices on transactions that are difficult if not occasionally impossible to cover without carrying a substantial portion of the trade as a naked position for what can be a painfully long period of time. With that in mind, let’s get on to our example:

The USD/CAD trader at Bank X learns at noon London time that she will be selling 200 million USD/CAD (a relatively large transaction) at the fixing to Customer Y.  The price of USD/CAD is currently trading at 1.0445. There are two things the trader can do: either start buying USD/CAD ahead of time, or wait until the fixing to acquire all $200 million. The trader does not know if there are similar—or opposing--orders out there, but she does know that the market is far too thin to support a transaction this large all at once without significant price slippage.

A bank trader has one primary job—to make money for the bank, and to do so in a way that exposes the bank to the least possible amount of risk. So our trader really has only one option here that stands a prayer of being profitable, which is to start accumulating the position and hope the market doesn’t move against her. To ensure this, she must learn as much as possible about what orders are out there that could jeopardize her effort to accumulate USD/CAD.  (Note: due to the fact that she does not know at what price she will be obligated to sell the USD/CAD to the bank’s customer, our trader cannot be accused of front-running the order. She takes all the risk of adverse price movement.)

So our trader enlists her network of contacts at other banks she has nurtured over the years, and she discovers there are no known threats to her endeavor.  Information like this is never “free,” however, so our trader does what many smart traders do in this situation: she parcels out parts of the order to her most beneficial contacts, leaving her with half the original order to cover on her own, but also leaving her with a far greater sense of security about how things will work out.

Why? Simple. Her banking colleagues will be doing the same thing she is as the fixing approaches: they will be bidding for USD/CAD with the purpose of selling their accumulated position and “share” of the original order back to our trader--at the fixing price. The mutual reinforcement of bidding behavior will usually have the desired effect of placing a firm (and most crucially, rising) floor in the USD/CAD price as the fixing approaches, which is precisely the impact she wants, reducing the chance she would have to sell her portion of the order at a loss to the customer, while also reducing her risk by reducing the size of the position she is accumulating. She will reserve a final portion of her order for the fixing period itself, when she will give the price of USD/CAD one final heroic push up. This is known as “banging the Fix”, and it helps to move the price higher to where it can do the bank (and our trader) the most good.

So what is the outcome? The price of USD/CAD will steadily rise as the fixing approaches, going from 1.0445 to let’s say 1.0495 at the Fix. Our trader will have accumulated $100 million at an average price of perhaps 1.0477, which would yield a tidy profit of CAD$ 180,000, or about $172,331. Her colleagues will net smaller but proportional profits, and as we all know, what goes around comes around, so our clever trader can expect to get her share of similar deals from her colleagues in a you-wash-my back-and-I’ll-wash-yours arrangement as old as commerce itself.

As for the customer, well, they didn’t fare quite as nicely, having bought $200 million USD/CAD at what ended up being the high of the day, not to mention at a price that probably would not have been reached without their fixing order being executed. It could be said they owe this outcome to the realities of the marketplace: in other words, they asked for it. They may not have the requisite insight into FX market dynamics to realize just how much they were asking for it, but anyone who understands these dynamics, including basic human nature, realizes this result is almost inevitable. 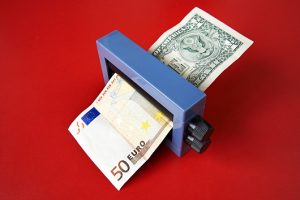 So is that it? Is there a case here after all? Obviously, the preceding presentation of facts is from the perspective of the bank/trader. Some specific areas of expertise that will likely be of particular need to plaintiffs at trial: direct FX trading experience in bank environments like those under investigation, academic research on FX market microstructure, as well as past legal experience representing plaintiffs in complex financial matters.

There nevertheless remain the questions of collusion, and whether the bank/trader acted in the customer’s best interests by divulging the customer’s need to buy USD/CAD at the fixing. This is without a doubt proprietary information and such disclosure could well constitute a breach of the bank’s fiduciary responsibility to its customer—a responsibility that was transferred to them by the customer, who was itself acting in a fiduciary capacity on behalf of investors, pensioners, shareholders, etc. Thus, the question of where the chain of responsibility was broken could lead back to the customer, who may or may not have a persuasive claim to a naïve role in this transaction.  More areas of expertise that will have real value during testimony:  actual experience consuming bank FX liquidity at the Fixing, prosecutorial experience in financial matters, and academic/legal opinion on the complexity of cross-institutional financial fiduciary responsibility

When will this happen? Soon. Bloomberg reported on June 24 that the Dept. of Justice is preparing to levy fines and bring initial charges very soon.  According to an unnamed source in the article “soon” can be taken to mean “by years-end.”

Some of the largest banks in the world are targets of the investigation, along with the most senior FX traders at those banks. UBS, Deutsche Bank, Citibank and Barclays are all said to be cooperating with the investigation. UBS has already enjoyed the benefit (reduced fines) of being a “first responder” in the LIBOR manipulation investigation, but the opportunity to fully confess (and rat out the competition) is limited.  Some traders will be charged as well, but the most litigated aspects of the investigation will doubtless be those where deep-pocketed banks are the plaintiffs.

Complicating the picture is the global nature of this scandal and the fact there are numerous regulatory agencies involved. The SEC and CFTC are said to be conducting independent inquiries in addition to the U.S. Department of Justice.  Outside the U.S., you have Britain’s Financial Conduct Authority and the Swiss Financial Market Supervisory Authority conducting their own probes. Whether this will lead to negotiated out-of-court settlements or extensive litigation is anyone’s guess. Getting so many parties to agree on anything is a daunting challenge, but the alternative usually leads to many hours of expert testimony on the stand in court.