Like Scalia Gorsuch to Keep a Tight Daubert Gate

While a district court doesn’t have to discuss all the reliability factors that the Supreme Court identified in Daubert and Kumho in every case, the court is, however, required to “focus its attention on the specific factors implicated by the circumstances at hand.” StorageCraft Technology Corp. v. Kirby, No. 12-4182 (10th Cir., March 11, 2014). 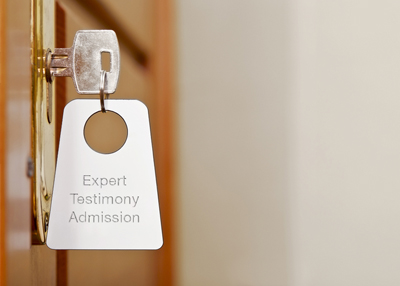 This is according to Neil Gorsuch in an opinion from 2014 we previously reported on, stating with specificity what is required of a district court to adequately carry out its Daubert duties. While “the Daubert factors are not holy writ, in a particular case the failure to apply one or another of them may be unreasonable and hence an abuse of discretion.” Kumho Tire Co., Ltd. v. Carmichael, 526 U.S. 137, 147 (1999). This is according to Antonin Scalia in his concurring opinion in the famous 1999 Kumho tire case. Fifteen years apart, yet the similarities are still striking. With Gorsuch stepping in soon to fill Scalia’s tight-laced shoes, we predict he will be just as rigorous and rigid with his Daubert reviews and equally eager to reverse a district court’s admission of “expertise that is fausse and science that is junky.” Id.

With instructions this specific as to how to properly perform a Daubert review and sufficiently document and support that review in order to pass review on appeal, it is likely Gorsuch—much like Scalia—will prove to be a tight gate-keeper when it comes to the admission of expert testimony. True to their originalist roots, very literal interpretation of the Daubert reliability factors will require attorneys seeking to admit expert testimony under the new SCOTUS to ensure their experts are adequately testing their theories and offering up scientific literature, peer-reviewed studies, and empirical data to support their opinions. In addition, counsel should ensure the district court’s opinion, whether excluding or admitting expert testimony, meets Gorsuch’s sticking points for proving a properly conducted Daubert review.