More Experts in Demand as Back-Door Bootstrapping is Banned

Rule 703 of the Federal Rules of Evidence, and the state counterpart rule in many states, specifically allows experts to base their opinions on inadmissible evidence, like hearsay. However, there is a significant difference between basing an opinion on inadmissible evidence and testifying to it directly.  If the offering party seeks to show that its expert’s opinion is valid because (among other reasons) it is consistent with other non-testifying experts’ opinions, this represents quintessential, inadmissible hearsay evidence.  It is a back-door hearsay loophole that attorneys have been using for years to present otherwise inadmissible evidence to a judge or jury and at least one state appellate court has had enough.

While the recent ruling may only impact expert witnesses in New Jersey for the time being, the “bootstrapping” prohibition is likely to gain momentum with other state and federal judiciaries – as American courts have long supported parties’ rights to cross-examine witnesses against them and for juries to see the same.

Will a banking expert be permitted to testify regarding previously prepared financial reports by another expert? Will a patent expert be allowed to reference reports prepared by computer programmers prior to trial?

Ultimately, the ruling in James v. Ruiz may mean increased costs for litigants who need to introduce the reports of various experts. Now, each expert must be called upon to testify in court. 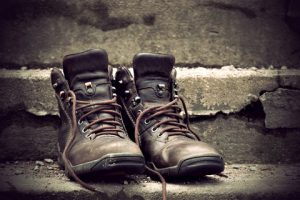 Attorney Chad Moore, who represented the defendant in Ruiz, said that though the ruling applies to all parties, it will likely increase costs for plaintiffs’ attorneys, whom he says employ the bootstrapping tactics more than defense attorneys do, especially in personal injury actions.

“You’d be defending yourself against two or three expert opinions through one doctor,” Moore told the New Jersey Law Journal. “This case puts an end to that practice.”

Moore called the Ruiz ruling a “big win for the defense bar.” Though, the appellate court panel made it clear that their decision will reach far beyond the realms of personal injury litigation.

Cutting the Bootstraps
“We hold that a civil trial attorney may not pose such consistency/inconsistency questions to a testifying expert, where the manifest purpose of those questions is to have the jury consider for their truth the absent expert’s hearsay opinions about complex and disputed matters,” the appellate court wrote in its March 25 decision in Ruiz. “Even where the questioner’s claimed purpose is solely restricted to impeaching the credibility of an adversary’s testifying expert, spotlighting that opposing expert’s disregard or rejection of the non-testifying expert's complex and disputed opinions, we hold that such questioning ordinarily should be disallowed . . . .”

There are two major points to note in the above holding.  (1) The court states that this prohibition is only applicable to “complex and disputed” matters; and, (2) the court states that this decision is also applicable when attorneys claim that they are questioning the expert, not for the truth of the non-testifying expert’s opinions, but simply to impeach the testifying expert.  The court carefully addresses both above
circumstances which provide for hearsay exceptions or exclusions in both the state and federal courts.

The first addresses the business record hearsay exception – Rule 803(c)(6) of the New Jersey Rules of Evidence and Rule 803(6) of the Federal Rules of Evidence – that allows for hearsay evidence to be excepted and admitted into evidence when it is a record of a regularly conducted activity and that there is no indication of lack of trustworthiness.

Here, the court holds that the business record hearsay exception would not apply to these situations of “complex and disputed” matters.

The second point of note that the court addresses has to do with the hearsay exclusion for statements made, not for the truth of what is being said, but instead only for purposes of impeaching the witness’s credibility. The appellate court makes it clear that attorneys alleging such motives will not be permitted to sneak in such bootstrapped statements of non-testifying experts.

“Lastly, we hold that the closing arguments of counsel should adhere to these restrictions, so as to prevent the jury from speculating about or misusing an absent expert’s complex and disputed findings,” New Jersey Appellate Division Judge Jack Sabatino wrote on behalf of the three-judge panel. Thus, the hearsay loophole similarly cannot be used in summations either.

A Daubert Paradox?
Does this decision contradict the Daubert standard for admissibility of expert testimony?

The answer is simple: The Daubert standard is applied during pretrial hearings by a judge with no jury. The test is used to determine whether or not an expert witness’s testimony will be admissible at a later trial, not used at the trial itself.

The Ruiz ruling is all about what is admissible at the actual trial, and what testimony and evidence will be permitted to be offered to the jury’s eyes and ears.

“The admissibility problem here stemmed from plaintiff’s effort, in effect, to use the hearsay opinion of [the non-testifying expert] substantively as a ‘tie breaker,’ providing the jury with a third opinion on the hotly disputed subject,” the Ruiz court explained. “The [non-testifying expert’s] opinion was not subjected to cross-examination and the jury was not afforded a chance to observe his testimonial demeanor. Instead, the substance of his opinion was being slipped in through the proverbial ‘back door.’”

Closing the Back Door
Indeed, the court has decided it is time to shut the back door. Litigants and lawyers will be forced out front, and admittance through the main expert-witness entrance may prove to be much more costly.

As the Princeton-based environmental law firm Lieberman & Blecher, P.C. posted on its website the day after the Ruiz decision was issued, “The significance of this case should not be understated.  The exclusion of non-testifying expert opinions in such contexts has the potential to affect a wide variety of cases involving expert witnesses. Counsel needs to take great care to call as a witness any expert whose opinion will be introduced for its substance, and possibly even for impeachment purposes.”

Ultimately, the Ruiz case could mean more experts must be retained.

Do you think the Ruiz precedent will soon expand to state and federal jurisdictions, precluding “back door, bootstrapping” of expert opinions in courts across the nation?