No Bright Lines for Pipelines

The United States Supreme Court recently issued a 7-2 decision that dismantled almost 70 years of bright-line jurisprudence in the energy industry and, instead, instituted a “make-it-up-as-you-go-along” approach.  The decision upholds states’ rights to regulate conduct under antitrust principles in the energy industry even though the same conduct is concurrently subject to federal regulation.  While some may consider the case to be isolated and insignificant, perhaps the better view is that the decision signals a shift toward greater tolerance for state regulation of conduct that would otherwise fall under federal province.  The impact may be to subject businesses in a host of industries, many of whom rely heavily on the uniformity that federal regulation provides, to inconsistent regulation across all 50 states.

The Issue Before the Supreme Court

In Oneok, Inc. v. Learjet, Inc., a class of retail natural gas purchasers sued the provider-pipeline under state antitrust laws.  The pipeline defended on the basis that the Natural Gas Act, which governs wholesale providers such as the pipeline, preempted state antitrust regulation of the same transaction.  The district court agreed and dismissed the buyers’ claims, but the Supreme Court concluded that states could properly regulate practices in the energy industry, even when those same practices are concurrently regulated at the federal level. 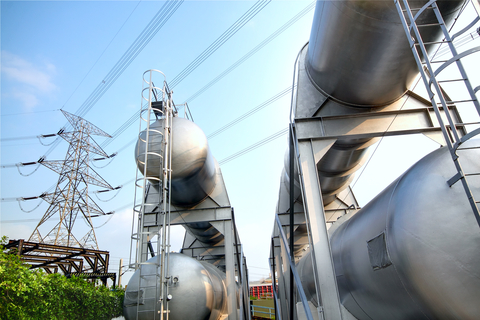 By way of background, the natural-gas-purchasing cycle has three steps.  A producer extracts the gas from a well and provides it to a pipeline for transport.  The pipeline carries the gas across state lines and sells it wholesale to distributors, and the distributors provide the gas to retail purchasers.  States have historically been allowed to regulate the process at steps one and three—extraction by the producer and retail sale to the consumer.  The second step—the interstate transportation and wholesale transaction—is left squarely and exclusively to federal regulation.  However, in the Oneok case, the retail purchases were made directly from the pipeline, meaning that the same conduct affected both wholesale and retail sales pricing.  Thus, the issue became a question of whether a practice that affects both wholesale and retail sales was subject to federal, state, or concurrent regulation.

Conflicts between concurrent state and federal regulation occur frequently and can be seen in all kinds of industries.  In this case, the Court considered only whether the Natural Gas Act preempted state antitrust law under the theory of “field preemption.”  Field preemption applies when Congress has intended to “occupy the field” in a particular regulatory subject.  This theory of preemption is only one among several others.

The Oneok Court expressly declined to look at the issue from a “conflict preemption” perspective, when courts look at whether it is impossible to comply with both state and federal law on an issue or whether a state law interferes with or is an obstacle to the federal counterpart.  The Court certainly could have analyzed the issue under conflict-preemption principles, which might have provided greater clarity for businesses operating in these areas, but it declined to do so.

From Bright Line to No Line

Instead, the Court took what was widely considered, for almost 70 years, to be a bright-line jurisdictional test for Natural Gas Act cases and “smudged” that line, to quote Justice Scalia’s scathing dissent.  Indeed, in previous cases assessing practices under the Natural Gas Act, the Court had used the term “bright line” to describe the divide between state regulation of retail sales and federal regulation of wholesale transactions.  As such, the “line” analogy has long functioned in these cases.

However, not only did the Oneok Court blur the line, it also reasoned that there was no line to be drawn at all, stating, “[The pipeline] and the dissent argue that there is, or should be, a clear division between areas of state and federal authority in natural gas regulation, but that platonic ideal does not describe the natural gas regulatory world.”  In the end, the Court settled on a new metaphor: Courts will disregard how the parties have styled their causes of action in litigation and will look at the target the state law aims to regulate.  If the target is one historically left to state regulation, it will not be preempted.  Justice Scalia’s dissent termed the majority’s new approach the “make-it-up-as-you-go-along approach to preemption.”

How Far Will the Oneok Holding Reach?

Again, on its face, this case has a fairly limited impact, reserved for natural-gas cases involving practices that simultaneously impact wholesale and retail transactions.  However, as a practical matter, the holding has a much broader potential to be impactful.  First of all, the case is not limited only to claims involving natural gas.  It could apply much more generally to energy-industry cases under the Federal Power Act, which also draws a line between retail and wholesale.

Furthermore, there is potential for the decision to extend to virtually every case during which preemption might be raised as a jurisdictional defect.  In particular, businesses operating in an industry primarily regulated under a single statutory scheme should be concerned that the opinion will subject them to state regulation even though they have traditionally relied on federal governance.  Because antitrust laws are geared toward the marketplace in general, and certainly not toward natural-gas companies alone, a host of industries may be impacted.  In the antitrust context specifically, any entity engaging in a purely wholesale practice that has some attenuated impact on retail pricing might become subject to state regulation.

The Trouble with Concurrent State Regulation

If such is true, then what is the problem with allowing concurrent state regulation in these matters?  The answer is that businesses face the loss of predictability and uniformity that exclusive federal regulation provides.  As Justice Scalia summarized, “Before today, interstate pipelines knew that their practices relating to price indices had to comply with one set of regulations promulgated by the [Federal Energy Regulatory] Commission.  From now on, however, pipelines will have to ensure that their behavior conforms to the discordant regulations of 50 States—or more accurately, to the discordant verdicts of untold state antitrust juries.”

To illustrate, let’s consider a scenario in which a company engages in a practice that illegally sets wholesale pricing.  That practice would, undeniably, be subject to federal regulation.  However, the practice also impacts retail pricing for consumers in five different states.  Consumers file suit in State A in state court, alleging violations of state antitrust statutes.  In the meantime, the Federal Energy Regulatory Commission (FERC) determines that the practice is lawful, and the attorneys representing a class of potential plaintiffs in State B decide against filing suit because State B has no concurrent regulation.  State C also has no such antitrust regulation, but it recognizes common law claims for unfair business practices and upholds a duty to refrain from making fraudulent statements.

Despite the FERC’s decision, the court in State A determines that the practice is unlawful.  As such, the company is still subject to civil liability for the suits in States A and C on different theories.  There are also potential claims in States D and E, but suits have not yet been filed.  That means that the company has to wait out statutes of limitations in each of those states for both state statutory and common law claims.

This is an extreme example to be sure.  However, it highlights the problems inherent in operating a business that relies heavily on the uniformity of federal regulation when establishing its business practices and subsequently becomes subject to varying and discordant state regulation.

To date, states have been vigilant in defending their rights to regulate in these areas.  The attorney generals in 21 states filed amicus briefs defending state regulation in the Oneok case.  As a result, businesses now need to be concerned with a host of problems including inconsistencies between state and federal regulations, inconsistencies from state to state within individual state regulations and common law issues, varying statutes of limitations on claims, and variances between class action rules from state to state and in federal court.

There is also the possibility, as noted, that the holding in this case could extend to preemption concepts more generally.  If that is the case, where once we had bright lines between state and federal regulation, we may see far more “smudges.”  Instead, litigators may find themselves looking at the “make-it-up-as-you-go-along approach” that requires examination of the state regulation’s target in assessing field preemption.  While some clarity may be reached in the Oneok case on remand, or in other cases looking at conflict preemption, the likelihood is that concurrent state regulation just gained a major foothold in many industries.

Does the Oneok decision make sense to you?  Are there other areas or industries into which you can see the decision extending?  Do you think it’s a more limited decision or one with broader implications?  Let us know your thoughts.