We’re all familiar with the phrase, “there was not a dry eye in the house,” 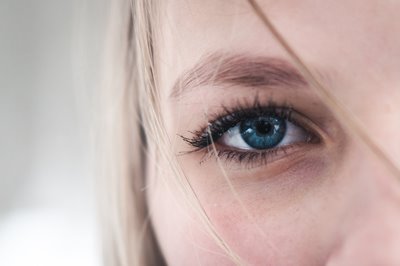 which conveys that all of the attendees at a particular event felt emotional about what they had seen or heard, and many were crying. Less well known is the eye condition appropriately known as “dry eye,” in which the natural tearing of the eye does not function properly.

In healthy eyes, the surrounding glands produce tears naturally. Natural tearing is a complex process that serves important purposes, including providing nutrients and anti-bacterial agents to the surface of the eye, and forming a thin three-layered film that protects the cornea and conjunctiva (which covers the white part of the eye). When natural tearing is inadequate, or the tears evaporate too quickly, these benefits are lost. This often results in painful symptoms such as a sandy or gritty feeling in the eyes, blurred vision, and infection. Such complications may even threaten a patient’s eyesight.

With the aging population, the frequency of dry eye has increased. One research outfit predicts that the global market for dry eye treatment will expand robustly at a compound annual growth rate of 6.4%. That spells big business for drug companies that can develop effective treatments for dry eye. 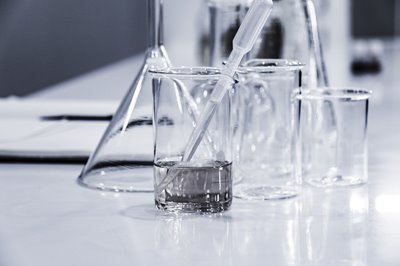 Allergan saw the potential, and in the 1990’s, had already begun researching dry eye treatment using a compound known as cyclosporin that decreases inflammation by suppressing the immune response. In 2003, after years spent resolving numerous technical hurdles, and conducting trials to confirm safety and efficacy, Allergan launched Restasis as an eye drop to increase tear production in patients suffering from dry eye. Pre-launch, Allergan had filed for patents to protect its cyclosporin formulations, and continued to file new applications after commercial sales of Restasis soared. Restasis was ultimately protected by six patents.

Restasis’ commercial success attracted competitors (such as Teva Pharmaceuticals and Mylan Pharmaceuticals) who sought permission from the FDA to manufacture and market generic versions of Restasis under the Hatch-Waxman Act. That statute enables competitors to bring low-cost generic versions of new drugs to market if those drugs are not entitled to patent protection. To that end, the Hatch-Waxman Act provides for prompt determination of whether particular brand-name drugs are protected by valid patents. If the patents are held infringed and not invalid, generic versions cannot be manufactured and marketed until the patents expire. If the patents are held invalid or not infringed, the Act provides for prompt approval of the generic versions of the drugs by the FDA.

In 2015, Allergan sued four defendants under the Hatch-Waxman Act for allegedly infringing the Restasis patents by filing applications to manufacture and market generic versions.

In the interim, however, in June 2016, three of the defendants instituted an inter partes review (IPR) proceeding before the Patent Trial and Appeal Board (PTAB) with respect to Restasis. IPR allows a party to challenge the validity of a previously issued patent before the PTAB based on prior art consisting of patents or printed publications. Contrary to initial expectations of only a few hundred IPR petitions per year, parties have filed over 8,000 petitions between September 16, 2012, and June 30, 2018, resulting in the cancellation of over 1,700 patent claims.

Apparently concerned about its chances in IPR, Allergan sought a strategy to stop the proceeding in its tracks. Working with the Saint Regis Mohawk Tribe (Tribe), the drug company assigned the Restasis patents to the Tribe, and then simultaneously licensed the patents right back. The goal of this seemingly transparent maneuver was to take advantage of the Tribe’s sovereign immunity to terminate the IPR proceeding challenging the Restasis patents. 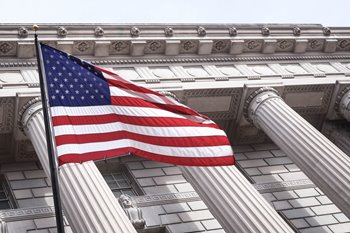 States also enjoy sovereign immunity, and thus decisions respecting state immunity in federal agency proceedings offered fertile ground to extend similar immunity to the Tribe by analogy. In one such key decision, the Supreme Court held that state sovereign immunity precluded the Federal Maritime Commission (FMC) from adjudicating a private party’s complaint that a State-run port had violated a federal shipping statute. In doing so, the Supreme Court noted the “overwhelming” similarities between FMC proceedings and civil litigation in federal courts (from which States enjoy immunity).

Allergan and the Tribe argued that tribal sovereign immunity applies in IPR by analogy to the FMC decision. They observed that, like an FMC proceeding, IPR is a contested, adjudicatory proceeding between private parties in which the petitioner, not the USPTO, defines the contours of the proceeding. Under the Supreme Court’s recent SAS decision (which analogized IPR to civil litigation in federal court), this argument appears to have strong conceptual appeal.

The PTAB, however, rejected the maneuver, and denied the Tribe’s motion to terminate the IPR proceeding, holding that tribal immunity does not apply in that context. Among other things, the PTAB observed that the Supreme Court has stated that tribal immunity is not co-extensive with that of the States, and thus arguing by analogy is not necessarily appropriate. It also refused to elevate form over substance, noting that the license agreement transferred “all substantial rights” in the challenged patents back to Allergan.

Allergan and the Tribe appealed to the Federal Circuit, and on July 20, 2018, the Federal Circuit affirmed the PTAB’s decision. In doing so, it noted the tension between the recent Supreme Court decision in Oil States (which emphasized the government’s role in protecting the public’s interest in patents through the mechanism of IPR), and SAS (which emphasized the adjudicatory aspects of IPR and how it mimics civil litigation).

The Federal Circuit concluded that IPR proceedings differ in several substantive respects from the FMC proceedings involving state immunity to which the Tribe analogized. Among other things, the Director of PTAB has discretion whether to institute an IPR upon receipt of a petition, whereas the FMC lacks the discretion to refuse to adjudicate complaints brought by private parties.

Given the stakes, an appeal to the Supreme Court seems likely. In the meantime, IMS ExpertServices remains positioned to support you in your next IPR or other patent-related matter with the experts you need to advise, consult, and testify.