Credit card companies have been responsible for some of the most memorable advertising slogans.

Beginning in 1975, Amex pitchman Karl Malden cautioned cardholders, “Don’t Leave Home Without It.” In the 1980’s, Visa reassured consumers that its card was “Everywhere You Want to Be.” Not to be outdone, MasterCard countered with its “Priceless” campaign. 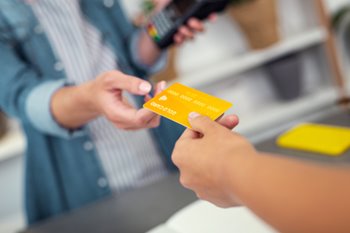 Economists refer to this cycle as a “network effect,” where the value of a product or service increases according to the number of others using it. Credit card companies thrive on “network effects,” making money on both sides of the table by charging fees and/or interest to cardholders, and a percentage of each sale to merchants.

To be sure, the major credit card companies each have different business models. American Express has traditionally targeted wealthier clientele by offering more extensive cardholder rewards (who can forget, “Membership Has Its Privileges”). To finance these cardholder benefits, American Express charges higher transaction fees to merchants than the other credit card companies (which it justifies by delivering more affluent customers who tend to spend more to earn higher rewards). In contrast, Visa and MasterCard earn half their revenue by collecting interest from cardholders. In short, Visa and MasterCard focus on customer lending, while Amex aims to boost customer spending.

It is easy to see how American Express’s business model could place it at a competitive disadvantage. Merchants can advertise that they accept Amex cards to attract the business of Amex’s wealthier clientele, but then at the point of sale, attempt to persuade a customer to use Visa or MasterCard instead of Amex to reduce the percentage of the sale the merchant must share with the credit card network. To counter this threat to its business model, Amex has long obligated merchants that accept its card to agree to “anti-steering” rules that prohibit them from offering a customer an incentive to use a card other than Amex at the point of sale. Visa and MasterCard subsequently adopted similar provisions in their merchant agreements.

Do “anti-steering” provisions constitute anticompetitive devices that violate antitrust law? The federal government and several states believed they did, and sued Amex (they also sued Visa and Mastercard, but those companies settled). The District Court sided with the plaintiffs, but was reversed by the Second Circuit, which concluded that Amex’s anti-steering provisions did not violate antitrust law. The Supreme Court granted certiorari, and on June 25, 2018, affirmed in Ohio v. Am. Express Co., 138 S. Ct. 2274 (2018).

The Supreme Court began by identifying 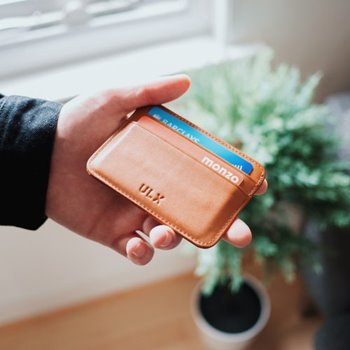 Amex’s anti-steering provisions as a vertical restraint that should be assessed under the rule of reason. In determining whether a restraint violates the rule of reason, “the plaintiff has the initial burden to prove that the challenged restraint has a substantial anticompetitive effect that harms consumers in the relevant market.”

What is the relevant market in a credit card transaction? The court observed that credit card networks facilitate a single simultaneous transaction between the merchant and the cardholder. Neither side can participate in the transaction without the contemporaneous consent of the other. Therefore, rather than treating the credit-card market as two separate markets — one for merchants and one for cardholders — the Supreme Court held that the credit-card market should be treated as a single market for transactions for purposes of analyzing whether Amex’s anti-steering provisions had anticompetitive effects.

Looking at that single market, the Supreme Court held that the plaintiffs had failed to carry their burden of showing that Amex’s anti-steering provisions had anticompetitive effects. In particular, the plaintiffs had contended that those provisions increased merchant fees. But since the credit-card market must be defined to include both merchants and cardholders, the anticompetitive effects of the anti-steering provisions could not be judged by looking at merchant fees alone. Instead, since cardholders are part of the market, the plaintiffs had to prove that the anti-steering provisions increased the overall cost of credit-card transactions (thereby adversely affecting both cardholders and merchants). This they failed to do. Instead, the Supreme Court observed that any rise in the overall cost of credit card transactions was traceable to an increased demand for transactions (likely driven in part by the e-commerce boom). Moreover, over the long term, merchant fees had actually decreased.

The Supreme Court noted that the plaintiffs had failed to offer any evidence that the price of credit-card transactions was higher than the price one would expect to find in a competitive market. It was unclear whether the plaintiffs had retained an economics expert to develop such evidence, or whether such evidence could have been developed, but its absence was clearly a factor in the Supreme Court’s decision (since such evidence would have enabled the plaintiffs to meet their burden).
Economic theory figures prominently in antitrust litigation, and a credible and reputable expert or consultant can position parties for success. When your antitrust litigation and case strategy call for expertise, you can trust IMS ExpertServices to deliver the right consulting and testifying experts to your exacting specifications, and manage a smooth engagement with your expert as your matter progresses.