A finding of liability for copyright infringement does not mean a blank check for damages. Often the most heated cases are fought exclusively over damages once the infringement has been clearly established. 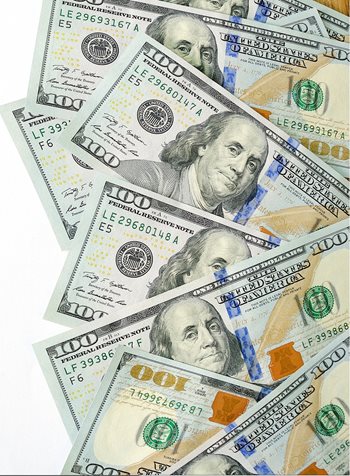 While these cases usually hinge on the amount of damages to be awarded, there is a rare portion that teeter on whether damages are warranted at all. A recent copyright action out of Miami, which boiled down to a heated battle between veteran industry experts, is proof: the right expert can make or break your case.

If movies with Oscar-winning talent can lose money, there is never any guarantee in the film industry. Pablo, a fictional drama piece about a Cuban raised in a broken home, won awards for best director and best-supporting actor when it was featured at the New York City International Film Festival in 2013. When Puerto Rico-based broadcaster, MegaTV, received a tape of the movie from a third-party distributor under the belief it had proper licensing, MegaTV aired Pablo on its network over a dozen times, allegedly costing the filmmaker, Yosmani Acosta, approximately $7.7 million in damages and a multi-million-dollar distribution deal.

With an order entered by the U.S. District Court finding MegaTV violated Acosta’s copyright, liability was established and the last matter to be determined was damages. With an award-winning movie at stake and millions of dollars allegedly being offered for a “four-wall” distribution agreement, it is hard to believe the jury came back, after a two-week trial in October, with an award of zero dollars. This case was fought and won on the expert battlefield. Here’s the play-by-play.

In the right corner, we have plaintiff’s expert, Hector Almaguer, who served as in-house counsel for the Latin American arms of Viacom, Universal Music Group and HBO. Almaguer is no amateur in the entertainment industry. In his arsenal, he’s carrying three international film success stories he claims are comparable to Pablo: Broken Embraces, a 2009 romantic thriller starring Penelope Cruz; Instructions Not Included, a 2013 dramatic comedy which became the highest-grossing Spanish-language film to open in North America; and Under the Moon, a 2007 drama starring a real-life lover of drug lord El Chapo. These movies made millions and so would have Pablo, according to Almaguer.

But this didn’t loosen the jurors’ metaphorical checkbooks. What did? A clear-cut formula. In the left corner, we have defense expert, Jason Janego, who co-founded the entertainment label Radius-TWC for the Weinstein Co., which holds claim to the Oscar-winning documentaries 20 Feet from Stardom and Citizenfour. Janego’s approach? Float like a formula, sting like a bunch of missing factors for box office success.

Janego detailed eleven factors he claims help predict a movie’s potential for box office success. These range from the talent, the director, the distributor, all the way to the sales agent. Among the movies plaintiff’s expert listed as “comparable” to Pablo, several had ten, some even all eleven of these factors, where Pablo had zero according to the defense, and now according to the jury.

We are always intrigued by an industry veteran expert’s ability to break down concepts that, at first glance, seem amorphous and unpredictable, and convert them into easily acceptable and applicable formulas. In other words, if the movie does not meet these factors, it does not warrant damages. Is that determination that simple? Hardly. But did the expert make it seem that simple? Yes. That kind of effective simplicity is what can win a case. Those are the kinds of experts we like to watch, read about and find. The Pablo case is an excellent reminder that a finding of liability is only half the battle and that that battle can be won or lost by expert testimony.

We want to know: Have you seen an Oscar-worthy expert performance disprove the plaintiff’s entire claim for damages?

The Pablo case is an excellent reminder that a finding of liability is only half the battle and that that battle can be won or lost by expert testimony.