Board game enthusiasts among our readership may be familiar with Khet, a chess-like board game, formerly known as Deflexion, that uses lasers. Players move pieces with mirrored surfaces around a board and fire lasers in an attempt to strike an opponent’s key pieces on their non-mirrored sides. The inventors, a professor and two students at Tulane University, secured a patent on the game, one which they assigned to Innovention Toys, LLC, an entity formed to manufacture and market the game. 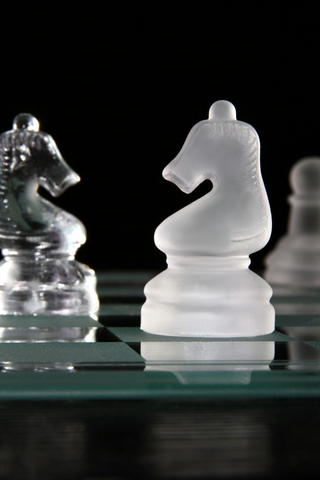 To invalidate a patent on the ground of obviousness, a defendant must prove that “a skilled artisan would have had reason [i.e., motivation] to combine the teaching of the prior art references to achieve the claimed invention . . . and a reasonable expectation of success from doing so.” In the Khet litigation, the “prior art” consisted of an existing patent describing a laser board game with pieces that—critically—did not move during the game and of two game magazine articles describing a video game in which players manipulate images of pieces that fire lasers.

While MGA’s expert opined that these other games demonstrate certain concepts that made Khet obvious, the Federal Circuit disagreed. Specifically, the court concluded that there was no known “problem” in the board game field at the relevant time that would have motivated a skilled artisan (defined as an individual with a bachelor’s degree in mechanical engineering) to combine the concepts of a board game—one that features pieces fixed during play and a video game consisting of images of lasers—into a new game (i.e., Khet)—one that employs real lasers and regularly moving and rotating game pieces on a physical board.

However, while rejected as a basis to establish obviousness, MGA’s expert testimony saved the company from a finding of willful infringement. When testifying at trial, MGA’s expert admitted on cross-examination that the prior game magazine articles did not disclose key elements of Innovention’s patent—i.e., physical pieces on a physical board. Apparently, this admission had a dramatic effect in the courtroom and seemingly contributed to the finding of willful infringement. However, on appeal, the Federal Circuit observed that, while insufficient to establish obviousness, MGA’s expert testimony had established meaningful overlap between the elements of the existing game concepts and those of Khet. Given the small gap between those prior concepts and Khet’s, the Federal Circuit held that MGA’s defense of obviousness was reasonable and, thus, did not support a finding that MGA had acted willfully (i.e., had “acted despite an objectively high likelihood that its actions constituted infringement of a valid patent”).

Do you agree with the Federal Circuit’s conclusions? It’s striking that the gap between the existing game concepts and Khet’s concepts was large enough to preclude a defense of obviousness but small enough to prevent a finding of willful infringement. Quite hard, it seems, to know where to draw the line—which makes patent litigation itself akin to a game of chess.