Another digital data conversion patent bites the Alice dust. Frankly, this is no longer a shock. 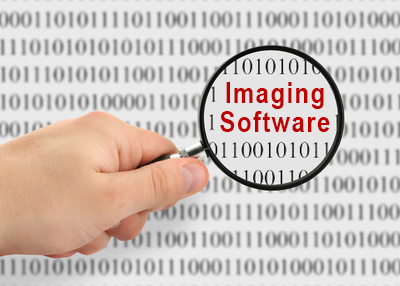 Since the controversial and confusing Alice Corp. v. CLS Bank International opinion was issued in 2014, courts have been striking software patents left and right. The latest Alice victim, an image-processing patent holder battling Nintendo, has commentators calling rulings like this a threat to software patents worldwide. When it comes to getting through the patent-worthy Alice gate, have you cracked the code?

After five years of fighting Nintendo over image customization software, the Federal Circuit shut the door on RecogniCorp, a software patent holder out of Texas that filed suit against Nintendo in December 2011. The company claimed Nintendo violated its software patent by incorporating RecogniCorp’s digital imaging system in its Wii video game console. In December 2015, the District Court issued a decision invalidating RecogniCorp’s patent under Alice, claiming the abstract idea of encoding and decoding composite images using a mathematical formula was a mere “paint by numbers” process that did not render it eligible for a patent. The Federal Circuit affirmed the decision in April 2017 and recently refused to reconsider. See RecogniCorp, LLC v. Nintendo of America, Inc., Case No. 2:12-cv-01873 (April 28, 2017).
RecogniCorp fought Nintendo for five years over image customization software.

What software process was RecogniCorp working to protect? Its formerly patented technology creates images based on assembling separate components to form a complete image for use in a broad array of industries. Does that sound like a simple implementation of an abstract idea via a computer program? If not, do you agree with the District Court’s assessment that “there was nothing new about the idea of distilling an image down to code that could be more easily transmitted to an end user?” For Nintendo, it made a lot of sense, as Nintendo was (according to RecogniCorp) using the technology to create and customize the facial features of its Mii avatars in the highly-profitable Wii game console.

Risk of Losing Patent Protection
According to the National Invention Association, which filed an amicus brief in support of RecogniCorp’s appeal of the District court’s decision, “[u]nder the erroneous legal analysis and holding of the present decision, any television or computer display designed and produced in the last decade that relies on digital data conversion, data manipulation and data filtering, which is all of them, is at risk of losing patent protection.” Every computer and TV display? That’s a sweeping impact. As RecogniCorp put it, decisions like this—casting digital technology as ineligible for patents—threaten the “validity of all encoding and decoding patents.”

Renowned UK patent attorney, Paul Gilbert Cole, agreed and joined the fight. In his amicus brief, also filed in support of the patentability of RecogniCorp’s technology, Cole advised the decision was inconsistent with numerous patent treaties and would result in consequential harm to future U.S. patent applicants as well as development of the patent system internationally. Overall, commentators and patent attorneys are very concerned about the seemingly subjective predisposition of courts post-Alice to strike software and digital process patents as abstract without applying evidence, claim construction, and established precedent.

Conclusion
How do your clients view Alice patent strikes - as a threat to digital patent protection, or as a valuable shield against true patent trolls? If other highly-vocal opposition to Alice-based patent attacks continue to fail, like the amicus briefs filed in RecogniCorp v. Nintendo, can a possible solution reside in changing software design? Do you think there may be a way to write code to ensure Alice-worthy patentability?

Select a link below If you’d like to learn more about Alice: