Print Your Way around a Patent

Is a 3D printer blueprint patentable? Here’s a scenario for context. First, get yourself a 3D printer. Those things are nifty, right? Set it up in your garage and you’re ready to print something. You never got that splashy Swatch Watch for Christmas, so you decide to print one for yourself. All you need is a Swatch Watch blueprint to input into the printer. Get that, upload it, and BOOM - in minutes, you’ve printed yourself a real, live Swatch Watch. It is the real thing, right? It’s Swatch quality. You used the Swatch blueprint. But, how in the world have you not violated a Swatch patent? Surely that blueprint is patentable. Isn’t it?

This will likely become a hotly-debated issue in the 3D printing patent arena. In a recent case between 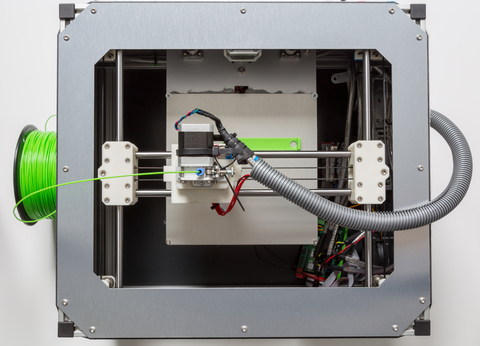 long-standing invisible braces competitors, ClearCorrect and Align, the U.S. Court of Appeals for the Federal Circuit arguably took one tiny step in the non-patentable direction. Here’s where the all-important question about the digital blueprints came up. ClearCorrect scans the consumer’s teeth in the United States and sends the digital models overseas where the digital 3D printing blueprints are created. The blueprints are then shipped back to the U.S. for 3D printing of the invisible braces. Operations were running smoothly until Align called in Border Patrol. Well, Border Patrol in the form of the U.S. International Trade Commission (ITC). When it comes to patent infringement, the ITC is the agency that can prevent the importation of articles that infringe a patent.

Did you raise an eyebrow there? I hope so. Articles. Let’s reflect on that word. The U.S. patent laws define patentable subject matter as “a process, machine, article of manufacture, or a composition of matter.” Hmm. That is a little lofty, but that’s what we have to work with. Where do you think a digital model fits into this definition?  “Article” does seem like the best fit, although it’s not a slam dunk. It reminds me of those logic questions that ask which of these words does not belong. That’s the argument Align made to the ITC by asserting that ClearCorrect’s electronic receipt of the digital blueprints from Pakistan for its (according to Align) patent-infringing clear braces qualified as an importation of “articles” within the scope of the law governing unfair practices in import trade. What did the ITC think of this argument? The ITC sided with Align and found the digital 3D printing blueprints qualified as articles and that the importation of them by ClearCorrect from Pakistan could be considered an illegal importation of articles. One point for Align.

ClearCorrect appealed, leading to the recent decision from the Federal Circuit. Most companies out there like ClearCorrect, who print 3D products or parts to products, clearly desire strong IP protection for their digital blueprints. Because 3D blueprints can be made from a detailed scan of the actual product itself, i.e., a Swatch Watch purchased at your local Dillard’s, the only way to prevent competitors, or even consumers, from printing their own timepieces at home, is to patent the digital blueprint. But the keyword there is “digital.” The blueprints are technically intangible objects that exist only in the ether and many speculated the Federal Circuit would not want to create a slippery slope by extending patentable reach to intangible articles. Although, that is very nearly what happened. While the Federal Circuit did not decide the ultimate issue ─ whether digital blueprints are patentable ─ it did make a determination that the ITC only has jurisdiction over the importation of tangible items, not digital models. Like I said, it feels like a step in the non-patentable direction, although we’re not quite there yet.

What do you think? Is it time for the Federal Circuit to make a patentable determination on a Swatch Watch blueprint? Do you feel digital models should be afforded IP protection?