SCOTUS Cert for Doffing Would Have Scalia Scoffing

What would Scalia say about SCOTUS’s recent affirmation of a rather large donning-and-doffing of hazard gear class? We recently reported on a potential trend for large companies to fear the new SCOTUS sans Scalia, particularly in class action cases, and it seems those concerns were well-placed, as the new court is apparently far more willing than Scalia to find a “common thread.” 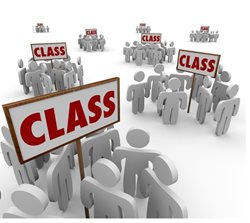 How long does it take you to put on the clothes you wear for work, a few minutes? If you work in the kill, cut, and re-trim departments of a Tyson pork processing plant, it might take you a bit longer. If so, you would likely want to get paid for that time, right? That was the collective position of the employees in a recent class-action for wages allegedly owed under the Fair Labor Standards Act for the donning and doffing of necessary protective and hazard gear. Because Tyson failed to keep records of employees’ donning and doffing time, the burden fell on the workers to scientifically prove reliable averages. Cue the good Dr. Mericle and his scientifically-sound approximations.

By analyzing video footage of the Tyson employees donning and doffing their protective gear, Dr. Mericle was able to conclude, with scientific certainty, that the donning and doffing took approximately eighteen minutes for employees in the cut and re-trim departments and 21.25 minutes in the kill department. Facing a judgment of $2.9 million in unpaid wages at the district court level, Tyson initiated the costly appeal, claiming certification of the class was improper because of the variance among the employees. SCOTUS, however, found the group was common enough. And, to really make Scalia roll over, they based their conclusion on a distinction of a long-standing Scalia anti-cert case to do it: Wal-Mart Stores, Inc. v. Dukes. Contrary to Dukes, this Court found that the Tyson employees were similarly situated—enough at least by virtue of the fact that they worked in the same facility, did similar work, and were paid under the same policy—to allow Mericle’s averages to support damages for each individual employee. Scalia would most definitely scoff. We have to wonder if this opinion would have even elicited one of his famous “I would put a bag over my head” comments.

Perhaps sensing this type of response from the conservatists, the court included a bit of a disclaimer in their very pro-cert opinion, stating the Tyson opinion was in no way intended to stand as an adoption of “broad and categorical” rules governing the use of representative and statistical evidence in class actions. No? According to the Court, no. It merely authorizes the use of a representative sample to establish class-wide liability under similar circumstances. Tyson, however, is understandably uncomfortable with the decision. In a Hail Mary attempt, Tyson’s counsel asked the court to ensure the employees are required to demonstrate that uninjured class members, i.e., employees who did not surpass the 40-hour/week mark, will not recover damages here, but the Court found this was an issue they would have to raise at the allocation phase with the district court below. Tyson has a long road ahead.

We’re curious what you think. Do you believe this is a sign the new SCOTUS is headed in a more cert-friendly direction? If so, you may need to start looking for your own expert who can work statistical “Mericles.”