SCOTUS to Soon Discover: What’s in Your Wallet and Why

Credit card-issuers have every reason to pull consumers in their direction to increase card use and, ultimately, their bottom line. But, do they have the right to stop merchants from steering you too? 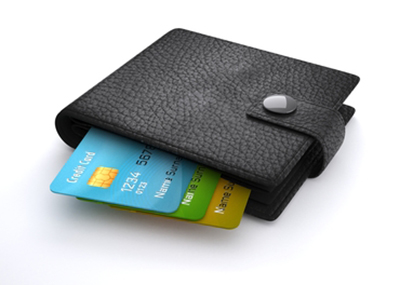 That is the question SCOTUS will soon be taking up in a long-standing battle between the U.S. government and American Express over Amex’s “anti-steering” policies. The primary question it seems, is not the reasonableness of Amex’s anti-steering provisions but, rather, what effect they have on consumers, if any. As the consumer, you get to weigh in. Do you think Amex’s anti-steering affects you?

Chanllenging Amex
In Ohio v. American Express, the U.S. government and several states banded together to challenge Amex’s rules that prevent merchants from steering consumers away from buying with an Amex card by offering incentives or posting signs showing they favor other cards, such as Visa or Mastercard. Amex, known for its higher credit card transaction fee (typically 3% of every purchase), ramped up its anti-steering provisions in merchant contracts. This increased enforcement was in response to competitors Visa and Mastercard who initiated campaigns in the 1990’s highlighting their lower fees and urging merchants to encourage customers to use Visa or Mastercard over Amex. Some companies went as far as posting signs saying, “We Prefer Visa.” Some vendors were also offering discounts to customers who purchased with a Mastercard or Visa over Amex.

At the trial court level, the government prevailed on its argument that Amex’s anti-steering rules violated Section 1 of the Sherman Act because they placed an unreasonable restraint on trade. Amex, however, succeeded on its appeal to the Second Circuit where the court found the plaintiffs had failed to meet their initial burden of showing Amex’s conduct had an anti-competitive effect in the “relevant market.” According to the appellate court, considering only the acquirer-merchant market while excluding the issuer-cardholder market ignored the economic interdependence of the two. In other words, Amex’s anti-steering policies must deter competition between not only merchants and card-issuers but also among card-issuers and cardholders.

What's in Your Wallet?
That’s an interesting question. As a customer, what’s in your wallet? But, more importantly, why did you choose that card? Most of us pick one credit card over another because of the perks or protections offered to the user, i.e., “points” that can be redeemed for cash or gift cards, frequent flyer miles, merchant discounts, etc. We also may consider whether there are favorable late fees, penalty rates, or annual fees charged by the card-issuer or whether the annual percentage rate (APR) is low or waived for a certain period of time.Beneficial features are commonly advertised by card-issuers in hopes of gaining your business.

Fraud protection is also important as we want a card-issuer that will refund fraudulent charges if our card information is hacked. These are all features commonly advertised by card-issuers in hopes of gaining your business. Have you ever heard a card-issuer brag “We don’t anti-steer!” Would you care if they did? A market-wide anti-steering policy—where no merchant could steer you in the direction of any card over another—would seem to, at least in theory, be the most beneficial for competition. When you think about it, can steering ever be considered good for competition?

This is where expert testimony can prove the seemingly un-provable. Economic market analysts can dissect and survey customer purchasing habits, credit transactions, the impact of transaction fees and opine whether an anti-steering limitation on merchants truly affects customers’ decision to acquire and use one card over another. It will be interesting to see what develops from this case and whether SCOTUS will find a prohibition on customer steering actually hinders competition. Logically speaking, it would be the card-issuers’ many creative card features and catchy slogans that draw customers in, but perhaps the card-issuer/merchant relationship has some complicated, indirect impact on consumer choice that only a trained eye can see. Some things logic and theory alone cannot prove.