SmartWatch: Too Generic to Trademark

Genericness is not a term that comes up often in trademark infringement
litigation. Likely, because most producers are trying to create a mark so
unique that it doesn’t encompass the generic association of the product.
But, can a protectable trademark become so associated with a product
that it becomes generic? 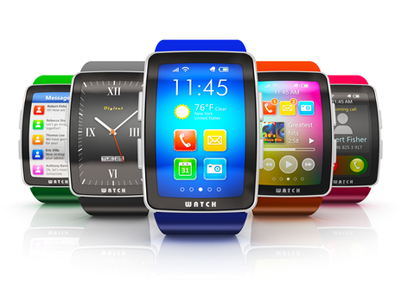 You might already be thinking of a few. Is it also possible for a term to be not associated enough with a product to warrant protection? Test your smarts with a recent opinion out of the Ninth circuit and a fun, fictional, and “smart” hypothetical.

Three Faults of the District Court
In overturning the judgment, the Ninth Circuit highlighted three faults of the district court. First, the district court wrongfully excluded testimony from Solid 21’s linguist expert regarding the associations ordinary English speakers have with the term “red gold,” without explaining why it was unhelpful or how it constituted nothing more than a legal conclusion. As the Ninth Circuit noted, expert testimony is not objectionable merely because it “embraces an ultimate issue.” Id.

Second, the district court excluded Solid 21’s proffered customer declarations, finding they were untimely disclosed in discovery and because the court believed they came from employees, former colleagues, or people who had known Solid 21 for a long time. The Ninth Circuit fileted this too in pointing out a lack of prejudice in the late production of the declarations as further discovery could have righted this wrong, particularly where exclusion effectively prohibited Solid 21 from mounting a credible defense to summary judgment. The appellate court also pointed out only one declarant was a former employee and emphasized the importance of the declarations in that they “did not relate solely to secondary meaning.” Id. Rather, the declarations all stated the customers associated the term “red gold” with Solid 21 watches. One customer even claimed she had not heard the term associated with watches before Solid 21 and the Ninth Circuit noted this as a particular “type of evidence courts have admitted for purposes of determining genericness.” Id.

New Products and Trademarks
Now that we’ve had a generic lesson, let’s kick off the debate. Let’s say you want to bring a new product to market: an intelligent watch with a tiny computer inside that holds appointments and reminders and sends you dings and whistles to remind you of all the important things you need to do. I know, I know. It’s already been invented. It is the Apple Watch™, or perhaps the FitBit™. Which, while we are on that topic, do you find the term “fit bit” too generic to protect? Those are two very common terms. However, combined to—for the first time describe a piece of wearable technology that helps you stay fit—it seems to become unique, highly protectable. What if you were trying to trademark “SmartWatch™” eight years ago, before the first wearable wristband technology ever came out? Might it have been protectable then, or does the generic term “smartphone” doom it from the beginning because it’s basically a smartphone on your wrist? These are all lofty questions with no discernable answers, but it is helpful to think of trademarks in such a way when creating or fighting to protect them. Genericness can be an issue if the trademark is too saturated. If you want to protect yours, make it highly unique, novel, and cover it in cellophane. Did you catch that one?

We hope this article and opinions like Solid 21 v. Hublot help you keep these types of judicial approaches in mind when litigating trademark infringement cases and determining what types of evidence, expert or otherwise, work best.

We’d love to hear about your genericness anecdotes in the comments below.

Industry: All, Electronics, Intellectual Property, Out Of The Ordinary