While it “motors” no more—having recently dropped the word Motors from its official corporate name—California-based energy company, Tesla, is certainly burning rubber in the marketplace, just surpassing Ford Motor Company in market value in April of this year. 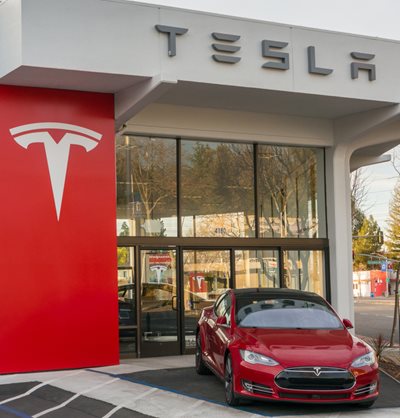 In addition to its high-quality electric vehicles, Tesla has been making huge strides and gearing its focus more toward the creation and storage of efficient solar and electric energy. Another very interesting aspect to their business model: no more patent litigation. In fact, Tesla CEO, Elon Musk, has specifically referred to a patent as “a lottery ticket to a lawsuit” and claims to avoid them whenever possible. We wanted to know what you all thought of this. Like Tesla, do you see patents—and the lengthy, expensive lawsuits they lead to—as a hindrance to innovation?

Musk
Isn’t that the whole point of having a patent? Receiving licensing fees when a manufacturer wants to include your technology in its product? Where is Tesla going with this? According to Musk:

“Tesla Motors was created to accelerate the advent of sustainable transport. If we clear a path to the creation of compelling electric vehicles, but then lay intellectual property landmines behind us to inhibit others, we are acting in a manner contrary to that goal. Tesla will not initiate patent lawsuits against anyone who, in good faith, wants to use our technology.”

Meaning, Musk sees patents as a hindrance to progress. Does this remind you of another very visible techno company that recently launched a patent-free program, allegedly designed to foster innovation? Google recently launched their cross-patent PAX program. Perhaps this is the way of the future. Google has gathered an impressive array of innovators who, as PAX members, share royalty-free patent licenses. Tesla has publicly denounced patent lawsuits against manufacturers who, in good faith, want to incorporate their technology into electric vehicles. Maybe patents are becoming a thing of the past.

Protecting Patents
The fine nuances of patents, particularly those dealing with electric systems, can be hard to differentiate and protect. We are often called upon to find experts trained and highly skilled at discussing anything from lithium ion batteries, to the use of cathodes, cells, and varying controllers to store and monitor energy, to the technology implemented in solar panel cells and fault detection apparatus systems. The bottom line is, with patent trials often lasting years, and costing manufacturers millions, it seems there is an argument for this new innovation-first, patents-second model.

According to Musk, “Technology leadership is not defined by patents, which history has repeatedly shown to be small protection indeed against a determined competitor, but rather by the ability of a company to attract and motivate the world’s most talented engineers.” If the focus is on pure innovation and consumer choice, will the best, most efficient products rise to the surface without the need for licensing fees and lawsuits?