The Florida Bar Faces Antitrust Suit: How Many Lawyers Does It Take

Who ticked TIKD off? The Florida Bar, apparently, as well as a competitor of TIKD, The Ticket Clinic out of Miami. 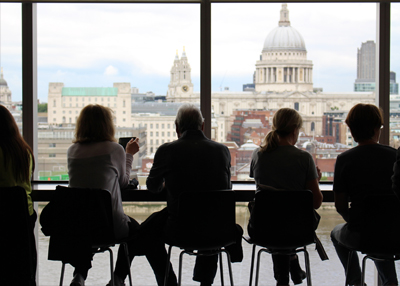 In a recent lawsuit filed in the Southern District of Florida, TIKD claims the Florida Bar, in conjunction with the Ticket Clinic, have teamed up to implement a coordinated attack on TIKD in hopes of driving it out of business. With allegations of unauthorized practice of law, antitrust, conspiracy in restraint of trade, monopolization, even tortious interference with business relationships flying back and forth, we have to wonder: How many lawyers is it going to take to prove or defend these claims?­­

TIKD
TIKD is a startup company currently operating in Florida, Georgia, Maryland, Washington, D.C., Virginia and California that, through an app downloaded onto the customer’s smart device, offers a service to its users to help them handle their traffic tickets. The user uploads his or her traffic ticket to the app and TIKD then pairs the driver with a lawyer who will assist the driver in defending or otherwise handling the ticket. Naturally, TIKD charges the user a fixed price for this service but boasts that the fee will never exceed the amount of the ticket and that TIKD will cover any fines, if they are levied, as a result of the ticket. TIKD claims its app is an improvement in providing low-cost, effective legal services and better access to justice for its users but points out in its complaint against the Florida Bar and The Ticket Clinic that “[u]nfortunately, not everyone welcomes competition and innovation.”

The Florida Bar, however, would likely respond that it is not innovation they are trying to prevent, it is the unauthorized practice of law. In February, 2017, the Bar initiated an investigation into TIKD’s practice in response to an ethics complaint filed by a lawyer with The Ticket Clinic, a Miami law firm that offers a similar ticket-assistance service to its clients, alleging TIKD was engaging in the unauthorized practice of law. Now, ten months later, the Bar’s investigation remains open and—according to TIKD—“continues with no end in sight.” TIKD further claims the Bar issued an informal opinion as part of its investigation which gave the “false impression” that attorneys working with TIKD in providing ticket assistance to its app users were violating ethics rules. TIKD alleges Ticket Clinic lawyers were calling TIKD’s contract lawyers and threatening to have them disbarred. The entirety of this conduct, TIKD alleges, has resulted in a loss of good will, contract lawyers, app users, and lost revenue in excess of $3.8 million in Florida, all while The Ticket Clinic is scooping up ticket clients and contract lawyers throughout the Florida market. Hence, the antitrust suit.

Another Perspective
On the other hand, the Ticket Clinic wholeheartedly defends its position on TIKD’s services, claiming they are misleading clients with statements on TIKD’s website that say “we handle many cases” and “we will handle the court appearance.” The Ticket Clinic also claims TIKD’s promise to pay client fines violates Bar rules because lawyers are forbidden from doing this. The Bar is understandably struggling to deal with the ever-changing method in which legal services are offered via the internet and nationwide, yet they are not immune. When LegalZoom sued the North Carolina State Bar in 2016 under similar allegations, the Bar ceased interfering with LegalZoom’s sale of legal plans in the state. Interestingly, Pete Kennedy, who drafted and filed the LegalZoom suit is acting as part of TIKD’s legal team in this matter. In addition, TIKD’s lead attorney in this matter, Ramón Abadin, who claims the Florida Bar’s treatment of TIKD violates the Bar’s duty to help make legal services accessible and affordable to everyone, is himself a past president of the Florida Bar.

While there are clearly defensible and debatable positions on both sides of this suit, at IMS we can’t help but focus on the experts. The parties will need expert testimony to speak to many elements in this case: 1) an expert to opine on whether TIKD’s services qualify as unauthorized practice of law; 2) an expert steeped in the investigation of ethics complaints to talk about the Bar’s investigation and treatment of TIKD; 3) an economics expert to talk about the “market” for ticket-handling services and the effect, if any, the actions of the Bar and The Ticket Clinic have had. Ironically, each of these roles might be filled by a lawyer, one who wears many hats. It will be interesting to see how many lawyer-experts it might take to resolve this case.

tags: All, Antitrust, Out Of The Ordinary, Securities