The New FRCP: 3 Must Read Changes

Although the Supreme Court will say they’re simply more “proportional,” it seems they were trying to find a new phrase that would lead to less abuse of the relevancy standard.  This, however, is only one of the significant changes recently doled out in the December 1, 2015 amendments to the Federal Rules of Civil Procedure (FRCP).  It will be interesting to see how these new standards evolve.  With respect to IP litigation and expert discovery, we see three major changes:

Andale!  The new rules are speeding things up.  Remember when you used to have 120 days to serve the defendant in federal court?  You could file your complaint, sit back, enjoy a cup of java and relax a little. The Supreme Court says, “No longer.”  The previous Rule 4(m) deadline has been shaved down to a mere 90 days ─ a period that can fly by when you’re trying to locate or track down a difficult defendant.  Once the defendant is served, the court must issue a Rule 16(b) Scheduling Order within 90 days, as opposed to the previous 120.  Everything has been expedited. This is significant because the Rule 26(f) (known by many as the “meet and confer”) requirement is tied to this date as well as the commencement of discovery.  Meaning, the new rules have accelerated the first few stepping stones of the litigation process by as much as one to two months. Ultimately, litigants will be required to disclose experts and respond to expert discovery sooner.  For plaintiffs and defendants alike, case strategy, themes and expert opinions will need to be formulated and forged much sooner. If you’re working under a ticking expert clock, we’re here to help.

Do you believe the previous “reasonably calculated to lead to the discovery of admissible evidence” was a weak standard?  It appears the Supreme Court did, or at least they believe the standard was too 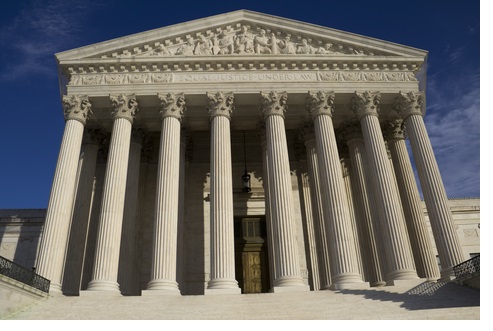 often used to expand the permissible scope of relevant evidence, which was not the intent. The new Rule 26(b) defines discoverable evidence as that which is: a) relevant (simple as that ─ it must be relevant) and b) “proportional to the needs of the case.”  While the latter may seem a little loose, it likely will create a stronger resistance to outlandish, burdensome, disproportional discovery requests, such as “all emails sent within your entire corporate infrastructure since 2004.”  Interestingly ─ while we’re on this topic ─ in the ESI (electronically-stored information) department, the new Rule 37(e) also provides a stronger, more uniform standard for sanctions available if a party fails to properly preserve ESI.  The Committee notes suggest excessive effort was being exerted to preserve ESI once litigation commenced and too much litigation time was spent fighting over arguably-applicable sanctions for failure to preserve ESI.  The new rule allows the court to award curative measures only upon a finding of 1) failure to preserve ESI and 2) prejudice. In addition, the sanctions must be “no greater than necessary to cure the prejudice.”  This is definitely a cleaner, stronger standard that will hopefully lead to less costly and less frequent ESI disputes.

“I have a patent and you infringed it.”  Previously, under Form 18 ─ “Complaint for Infringement” ─ in the FRCP Appendix of Forms, this bare-bones allegation was all you needed to file a complaint for patent infringement.  However, the new rules amendment to Rule 84 has abdicated the Appendix of Forms and while the Committee has clearly stated its intent that this abdication “does not alter existing pleading standards,” it seems many IP attorneys can see the writing on the walls.  If there is no longer a sanctioned form that permits such bare-bones allegations, many believe IP complaints will now need to meet the “plausibility” requirements of the Supreme Court’s long-standing Iqbal and Twombly precedent.  Only time will tell, but IP attorneys should anticipate more motions to dismiss under the plausibility standard and the need to file more detailed complaints for patent infringement.

The takeaway here?  Times are changing.  When we spot a shift like this or a likely trend, we want to share, but we always want to hear from you.  What is the greatest impact you believe you will see under the new FRCP?