The Supreme Court Upholds the Constitutionality of Inter Partes Review

Will Its Characterization of Patents as a Public Right Deter Innovation?

On September 16, 2012, Congress enacted the America Invents Act, which established a 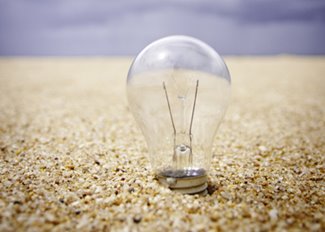 new patent revocation procedure called inter partes review (IPR). IPR allows a party to challenge the validity of a previously issued patent before the Patent Trial and Appeal Board (PTAB) based on prior art consisting of patents or printed publications. In other words, as the Supreme Court has described it, IPR offers a “second look” at an earlier grant of a patent.

Since becoming available in September 2012, IPR has become a lightning rod for controversy. The PTAB expected only a few hundred petitions a year.

Instead, through March 31, 2018, parties have filed 7,686 petitions for IPR, resulting in the cancellation of over one thousand patent claims. The high number of invalidations has led critics of IPR (including a former Federal Circuit Court judge) to pillory the PTAB as a “death squad killing property rights.” It has also spawned creative maneuvers designed to circumvent IPR such as Allergan’s transfer of patents protecting its blockbuster drug (Restasis) to an Indian tribe; which claimed, that as a sovereign entity, it was immune from civil patent challenges. The PTAB rejected that tactic in February 2018; Allergan has since appealed.

Many large technology companies, on the other hand, have warmed to IPR as a mechanism to shut down nuisance lawsuits filed by patent trolls seeking to extract license fees. Apple, Google, Microsoft, and Samsung have alone filed hundreds of petitions for IPR between them since the procedure became available. One of the most prominent illustrations of this strategy at work is Apple’s ongoing litigation with VirnetX Holding Corp. over the latter’s patents for secure communications. While VirnetX recently won a $502.6 million judgment against Apple after a Texas federal jury found that Apple infringed VirnetX’s patents, the PTAB had previously ruled that VirnetX’s patents were invalid. VirnetX’s court victory may thus be a hollow one unless it can get the PTAB’s ruling overturned on appeal.

The high number of invalidations has led critics of IPR to pillory the PTAB as a death squad killing property rights.

The Critics of IPR

Critics of IPR had questioned its Constitutionality. Their argument was that allowing the PTAB to review and cancel previously issued patents violated Article III of the Constitution (vesting the judicial power of the United States exclusively in federal courts established by Congress) and the Seventh Amendment (preserving the right to a trial by jury on common law claims). But in a recent 7-2 decision, the Supreme Court put that argument to rest, holding that actions to revoke a patent need not be tried in an Article III court before a jury. See Oil States Energy Services, LLC v. Greene’s Energy Services Group, LLC, Case No. 16-712 (April 24, 2018).

Oil States is an energy services company that secured a
patent on an apparatus and method for protecting well-head
equipment used in hydraulic fracturing.

The facts in Oil States perfectly illustrate a key issue that IPR critics have with the process in that (like in the Apple-VirnetX litigation) it allowed the alleged infringer in the case to effectively nullify the decision of a federal district court. Oil States is an energy services company that secured a patent on an apparatus and method for protecting well-head equipment used in hydraulic fracturing.
In 2012, it sued Greene’s Energy for allegedly infringing that patent. Greene’s Energy challenged the patent’s validity in Oil States’ lawsuit, but also petitioned for IPR. While the district court rejected Greene’s Energy’s patentability challenges, the PTAB concluded that Oil State’s claims were invalid as having been anticipated by prior art. On appeal, the Federal Circuit affirmed the PTAB’s decision, and rejected Oil States’ challenge to the Constitutionality of IPR. The Supreme Court granted certiorari.

IPR and the Supreme Court

In Oil States, the Supreme Court explained that a process falls under the public rights doctrine when it concerns a matter that arises “between the Government and persons subject to its authority in connection with the performance of the constitutional functions of the executive or legislative departments.”

Under this formulation, the Supreme Court held that the granting of a patent “falls squarely within the public rights doctrine” because, when issuing patents, the Patent and Trademark Office (PTO) (as an arm of the Executive Branch) “takes from the public rights of immense value [i.e., to make, use, and sell a particular invention] and bestows them exclusively upon the inventor.” According to the majority opinion, such rights never existed at common law, but rather were created by statute. In other words, a patent is a government franchise.

Additionally, the granting of the exclusive right to commercialize an invention represents an exercise of Congress’s legislative power under Article I, “to promote the Progress of Science and the useful Arts.” Congress has delegated that power to the Executive Branch by authorizing it to grant patents that meet the statutory requirements for patentability.

IPR, the Supreme Court concluded, is nothing more than a “second look at an earlier administrative grant of a patent,” involving the same statutory requirements considered when the patent was originally granted. Cancellation of a patent via the IPR process thus also falls under the public rights doctrine. The fact that IPR occurs after a patent has issued is irrelevant since the original grant was qualified by the possibility that the PTAB might subsequently reexamine and cancel the patent via IPR.

The Supreme Court further noted that the PTAB’s determinations are subject to review by the Federal Circuit, and thus the question of whether IPR would be Constitutional in the absence of such review was not presented.

Having determined that IPR was properly allocated to an administrative tribunal such as the PTAB, the Supreme Court ruled that the Seventh Amendment did not bar resolution of an IPR petition by a nonjury factfinder.

With Oil States, IPR is here to stay, absent Congressional action. The Supreme Court cautioned; however, that its decision was narrow, and should not be construed as foreclosing other Constitutional challenges to particular aspects of IPR, such as violating due process or retroactively applying IPR to patents issued before the procedure was enacted. Thus, some commentators foresee Oil States (and the companion Supreme Court decision in SAS Institute, Inc. v. Iancu, Case No. 16-969, decided the same day) as spurring the PTO to take a closer look at some of PTAB’s procedures from the standpoint of Constitutionality. Indeed, in a keynote address to the U.S. Chamber of Commerce Patent Policy Conference on April 11, 2018 that predated Oil States and SAS, PTO Director Andrei Iancu indicated that the PTO was already closing examining the IPR process, including “how and when we institute proceedings, the standards we employ during the proceedings, and how we conduct the overall proceedings.”

At the same time, other commentators are troubled by the long-term conceptual implications of the Supreme Court’s characterization of patents as a public, rather than a private right. Among other concerns, they have questioned whether Oil States may deter the undertaking of the risk and expense necessary to develop early stage technologies if the patents granted to protect such technologies are merely public franchises granted by the government rather than more inviolable private property.

We continue to monitor these developments and implications, and stand ready to connect you with the best-positioned experts for your patent litigation and IPR needs. We invite you to share your thoughts.

Image by Glenn Carrie on Unsplash.