“To Apple, Love Taylor” has been the tweet heard ‘round the music world.  With more than 61 million followers, Taylor Swift has become the “loudest” voice for emerging and independent artists in the music-streaming realm.  As copyright lawsuits from record labels continue to crop up across the industry, music-streaming service providers have become far more sensitive to the demands of artists and the trend for higher royalty payments.  Case in point: when Taylor “streams” for royalties, Apple responds. 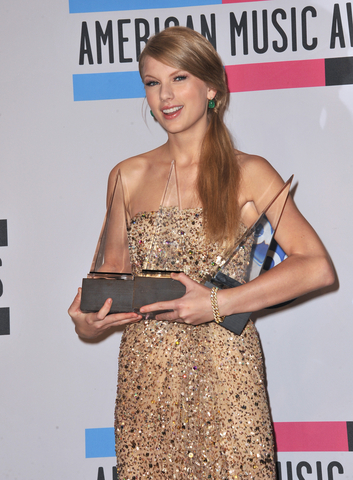 Taylor’s tweet to Apple explained, “with all due respect,” why she was planning to withhold her mega best-selling album 1989 from Apple’s new music-streaming service, Apple Music.  Apparently, Apple’s plan to withhold royalty payments from musicians during the service’s initial, free three-month trial period did not sit well with Swift.  Speaking primarily on behalf of emerging and independent artists, Swift deemed three months “a long time to go unpaid.”  Taylor’s stance followed a long line of objections from songwriters, artists, and labels over allegedly unfair payment by music-streaming services.  Recently, the Turtles and other performers brought suit against Sirius XM to collect royalty payments that had not been paid for songs produced before 1972.  Previously, big streamers like Sirius XM and Pandora were not paying royalties for songs launched before 1972 because they were not protected by federal copyright law.  In the wake of the Turtles suit, Apple was swift to respond to Swift’s plea.  Eddy Cue, Apple’s senior vice-president of internet software and services, tweeted “we hear you @taylorswift13 and indie artists” and called Taylor to deliver the news personally.  Apple had reconsidered its plan and will now be paying artists royalties at the outset of its Apple Music launch.

Clearly, Taylor’s attempt at flattery, saying that the initial decision to withhold royalty payments was surprising in light of Apple’s reputation as a “historically progressive and generous company,” got her everywhere.  Taylor claimed that her complaints were not the rantings of a “spoiled, petulant child,” but rather “echoed sentiments of every artist, writer, and producer in [her] social circles who [we]re afraid to speak up publicly because [they] admire and respect Apple so much.”  As she pointed out, Apple’s plan to offer royalty-free streaming during its initial start-up period could have had disastrous effects on artists planning to release new albums during that time.  While the cost of these royalties may not be relatively significant to Apple, the goodwill and favor fostered among artists, labels, and consumers is invaluable.  Apple’s move indicates that artists are finally succeeding in shifting royalty payments more toward their favor via lawsuits, negotiations, and now very public Twitter exchanges.  The power of public opinion is not only strong but, these days, instantaneously widespread, and Apple was smart to respond.

It seems that Sirius heard Apple too.  Just days after Eddy Cue’s public response to Taylor Swift, Sirius settled its lawsuit with the Turtles to the tune, no pun intended, of $210 million for its broadcast of songs produced before 1972.  Under the settlement, Sirius will continue to play the older songs until 2017, at which time it will strike new licensing deals with affected artists.  With this settlement in place and with the established prospect for older performers to collect royalties in the future, the Turtles and Sirius are once again “Happy Together.”

This public discourse over streamed music, copyrights, and royalty payments illustrates the fast-paced evolution of the industry since the introduction of digital music files in the Napster heyday.  Streaming services have been forced to anticipate and address the demands of artists, particularly that of the growing request for greater royalties.  While a voice as “loud” as that of Taylor Swift may warrant an immediate, calculated response, it is likely we will see more music royalties and other digital copyright litigation in the years to come.

How about it, followers? What do you think the future holds with regard to trends in this space?  If you need perfectly Taylor-ed digital copyright experts, IMS can find them.