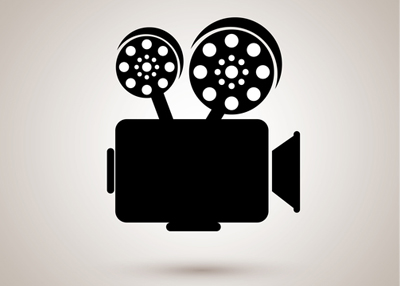 Disney definitely has a vested interest to protect the trademarks at stake in this franchise, including those of it’s main characters, Anna and Elsa. But, do the trademarks translate from 2D in the film to 3D in real life? And, if a company were to make such a claim, how would someone prove the tarnishment of a character trademark? I would imagine an image of Princess Elsa standing outside of a corner store smoking a cigarette would not be ideal for Disney. But, is it really Elsa? She’s an animated film character. This is Disney’s dilemma. Its two-year battle with Characters for Hire, LLC, an internet-based party entertainment for hire business has been a struggle showing, even for a powerhouse such as Disney, trademark tarnishment can be tough to prove.

What is CFH’s defense? The Naked Cowboy!

While it sounds comical, this was a pivotal case in the world of character trademarks when CBS had one of its soap opera stars dress up as a popular street act known as the Naked Cowboy in an episode of The Bold and the Beautiful. While the court found the Naked Cowboy’s unique costume—with its “Naked Cowboy” hat, briefs, guitar and “$ boots”—indeed constituted a protectable costume, it concluded CBS had no intent to confuse the public about the origin, sponsorship, or approval of its use of the mark. For Disney, that is interesting as CFH never contends in any of its promotional material that Disney has sanctioned their promotion and sell of undeniably-Disney characters. This is where Disney is struggling. The use is blatant, but the intent to trick the public into thinking it is Disney who will be sending characters to your party is not present. Rather, CFH claims a reference to the character as Elsa is merely “descriptive” of the services the consumer will receive, i.e. an actor hired to dress like an animated character.

Logo Use
CFH also had another ace in the hole, and this was an interesting reminder of how legal arguments made by your clients in one case can be subsequently turned and used against them. Allegedly, in 2003, Disney decided to use construction equipment with distinct Caterpillar logos in its George of the Jungle 2 movie, without seeking Caterpillar’s consent, and Caterpillar subsequently sued. Disney’s response? Clearly it wasn’t intended to create likelihood of confusion that Caterpillar either endorsed or sponsored the movie. Was it not? Then why did Disney use Caterpillar logos? Why didn’t the company just have generic, logo-less construction equipment? Likely, for the same reason CFH promotes a specific Disney princess: an instantly-recognizable $1.2B-worthy Princess Elsa grosses a lot more than “generic princess.” It will be interesting to see how Disney responds to its own previously-defensible unauthorized use of recognizable trademarks.

At IMS ExpertServices, we find cases like this intriguing because they show trademark infringement can often be very hard to prove, even for a legal competitor as big as Disney with dozens of iconic characters, immediately recognized and adored by consumers all over the world. Disney is arguing trademark tarnishment in that CFH is intending to trick the public into thinking CFH characters are somehow sanctioned by Disney and they will be getting Disney-quality characters at their parties and events. Disney is also pursuing trademark dilution arguing CFH’s use of their marks hinders their ability to serve as unique identifiers of the plaintiff’s products and links the mark to a product of inferior quality. To prove this, Disney will need experts, industry leaders who have focused their practice on counseling clients in aspects of advertising, marketing, branding, and protection of intellectual property from infringement, brand dilution, and brand confusion.