Let’s say, in a patent infringement case, you represent the designer of The Talking Tee, a feverishly-trending hologram t-shirt. Turn one way, the t-shirt says one thing. Turn the other, it says the complete opposite. Highly relevant in light of today’s politically-charged debates, and a design your client believed would bring him millions through the course of the upcoming election. However, mid-way through the primary, your client is hit with a patent infringement claim from About Face, another hologram shirt producer who claims the shirt infringes its design.

Thick in the throes of the infringement litigation, you find yourself up against About Face’s expert, Dr. 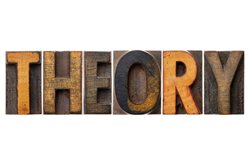 Uhn Reli, in deposition where she claims About Face’s potential damages fall in millions. You delve further and find her conclusion is based on the theory that Donald Trump will win the election and that the shirt will become the emblem of the public’s disdain. You try to hold back a laugh in the deposition, as it seems Dr. Reli is dead serious. Trump will win. Confident there is no way this expert is going to make it to the stand when her calculations are based on an assumption that is completely unreliable, you show your disdain by filing a Daubert motion to exclude Dr. Uhn Reli’s testimony.

You now have one of two problems. If the motion is granted, you missed out on one of the most colorful expert crosses of your career. More likely, your motion is going to be denied, at least according to the Southern District of New York. Why? Because “a jury can assess the reliability of [the expert’s] theories behind his calculations and [defendant] may inquire into those theories on cross-examination.” Playtex Products. v. Procter & Gamble, Co., 2003 WL 21242769 (S.D.N.Y 2003).

The point is, whether the theory is reliable is not grounds for exclusion under Daubert. The reliability of the theory goes to the weight the jury will give the testimony, not its admissibility. Assuming the calculations made based on the theory are sound and reliably applied to the facts, Dr. Uhn Reli’s conclusion will be admitted. This is a good point to remember when deciding whether to file a motion to exclude an expert’s opinion under Daubert or whether to wait to attack the expert with what you perceive as ‘ludicrous’ reasoning during cross examination.

How about you? Have you ever faced an expert whose calculations were based on a theory you found to be as unreliable as assuming the earth is flat? Regarding Dr. Reli, we are, of course, curious: What do you think of her theory? We’re taking orders now for talking/turning tees if you’re interested.