U.S. v. Bayer Is Proof ─ Daubert Is Not Hard To Digest

These days, it seems there is a drug for everything.  No matter what you’re ailing from, there’s a pill for it.  Pharmaceuticals help people lose weight, grow hair, build muscle, and while this convenience is a testament to the advances of modern medicine, it makes you wonder─how much proof does a manufacturer need to advertise these wondrous medicinal benefits?  This was precisely the question posed in the FTC’s recent case against Bayer over Bayer’s claim that its new probiotic supplement, Phillips’ Colon Health, defends against occasional constipation, diarrhea, gas, and bloating.  Both sides offered up experts with competing opinions as to the adequacy of Bayer’s probiotic proof, opinions which were all, not surprisingly, challenged under Daubert.  While the ultimate determination may be difficult, the court repeatedly stood behind Daubert as a flexible gatekeeping standard only─not as a tool used to determine the weight and credibility of an expert’s opinion.  Finding that expert opinions need not be correct, consistent, or even credible in order to be admitted, the court proved one thing for sure: Daubert is simply not that hard to digest. 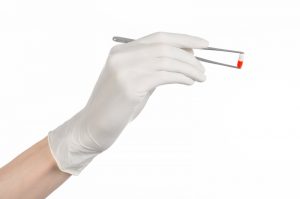 While the FTC advanced many angles of attack on Bayer’s expert, the court found that the agency’s criticisms were, at their core, merely an opposition to the expert’s conclusions, not to his credentials or methods.  In other words, the FTC simply did not like what the expert had to say.  The court was quick to clarify Daubert and its purpose in that the party offering expert testimony need not prove that the opinion is correct but, rather, that it is based on valid reasoning and a reliable methodology.  The court found that Bayer’s expert’s extensive experience working as a microbiologist and geneticist, combined with his publishing peer-reviewed articles and creating randomized control trials, all of which formed the basis for his opinions, met the requirements of Daubert—meaning, even if you do not like an expert’s opinion, as long as the methodology behind it is reliable, the gastrointestinal discomfort it may cause you is not grounds for exclusion.

Bayer asserted that the FTC’s expert’s opinions should be excluded because they were inconsistent, i.e., that some of his declarations contradicted one another.  The court held firm, explaining that vigorous cross-examination at trial, which sometimes results in inconsistencies in an expert’s testimony, is the classic method for attacking “shaky but admissible evidence.”  So, even if you are facing an expert who has contradicted himself, such is not a sufficient challenge for exclusion under Daubert.  Any alleged inconsistencies are attributed to the credibility, not admissibility, that the fact-finder offers at trial.

In another attempt to overthrow the opinion of the FTC’s expert, Bayer asserted that the opinion was not consistent with federal law.  The court was quick to point out that there is no requirement under Fed. R. Evid. 702 that maintains that an expert’s opinion be consistent with the law.  Rather, an attempt to undermine an expert’s opinion by contrasting it to federal law is “classic impeachment material” and not an appropriate challenge under Daubert.  Even though an opinion flies in the face of established law, you just have to take it as a swift punch to the gut at the admissibility stage and plan your attack at trial.

It can be easy to try to fight the merits of an expert’s opinion at the Daubert stage because the opinion is unfavorable or, as you may think, impeachable, but the truth of the matter is that as long as the opinion is well-founded and reliable, it will likely pass muster. So long as you keep this notion in mind, Daubert is simply not that hard to digest.

If you have faced similar Daubert challenges and experienced different applications of the admissibility standard, we want to learn from you.  What do you think of the Bayer opinion?  Need an opinion be only reliable─not correct, consistent, or credible─to be admitted?  Or, is that too hard a pill to swallow?