Use It or Lose It: Is Your Trademark Tired

Did you know McDonald’s used to have pizza on the menu? Complete with kicked-over golden arches forming the z’s in the word “pizza” to really seal the trademark deal. 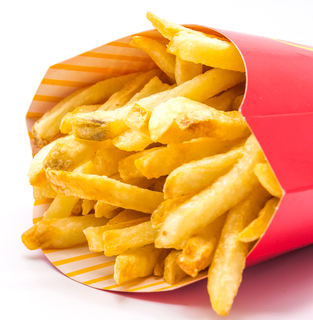 Unfortunately, the hot little pie took eleven minutes to make—an eternity in McDonald’s time—so it was nixed from the menu. But, what do you think would happen if you went to a McDonald’s today, ordered a Big Mac meal and asked them to “Supersize it?” While your receipt may no longer say “Supersize” on it, as McDonald’s removed that particular menu option several years back, it’s likely the person at the drive-through will know you want the largest size possible for your coke and fries. Why? Because the “Supersize” mark is still arguably recognized and used in the industry. This leads us to wonder: Can an un-used trademark expire?

Hamburgers and Trademarks
This question was recently posed to the Central District of California by the popular West Coast burger chain, In-and-Out Burger, in the form of a lawsuit filed against Smashburger for trademark infringement over a mark Smashburger claims has grown weary and tired. The mark in question is In-and-Outs “Double Double” (two patties, two slices of cheese), as well as its “Triple Triple” (three patties, three slices of cheese) and Smashburger’s new “Double Triple.” Which do you think they tripled? The patties or the cheese? Obviously the cheese. Patties are more expensive. But Smashburger’s decision to use an arguably confusing mark might cost them far more. Smashburger does, however, have a solid defense: abandonment.

In-and-Out rebranded its Triple Triple burger several years back as “3X3” and changed its menu accordingly, which Smashburger argues equates to abandonment of the mark. Interestingly, however, during the time Smashburger claims the mark was abandoned, patrons could walk into an In-and-Out, order and receive a Triple Triple, bringing us back to the original question: If the mark is still used and recognized, can it be considered abandoned? This is a complicated matter and may serve as a valuable lesson to the marketing, use, and consumer recognition of your clients’ marks. Let’s play the role of the judge.

McDonald's and Burger King
Assume McDonald’s recently filed a suit against Burger King alleging infringement of its “Supersize” mark over Burger King’s promotion and sale of their new “Superfries,” a seven-ounce order of Burger King fries, the largest portion they offer. Are the marks similar? Yes. Do they relate to the same good or service? Yes, and they both speak specifically to portion. Arguably, as the word “Superfries” does connote the old memory of the McDonald’s “Supersize.” But, has McDonald’s abandoned the “Supersize” mark? Answering this may require some market research.

Ultimately it will depend on whether intermittent but continued use of the mark establishes enough recognition and remaining goodwill to allow a claim for infringement. If you’re feeling boggled by now, you’re starting to comprehend the California court’s double-triple, triple-double dilemma. The lesson? Use it or lose it. Trademark holders who wish to protect their intellectual property need to ensure they are proactively taking measures to promote, market, and use their mark(s). Also, while it is good to “freshen up the menu,” so to speak, if a change to the look, sound, or name of a mark can mean abandonment, caution should be taken before the change is made. Similarly, a client who plans to capitalize on a seemingly-abandoned mark needs to be sure the mark is truly no longer used or recognized by the previous holder before devoting significant costs to assuming the mark. It is not simple or easy to get in-and-out of a trademark infringement suit, particularly when an infringement, if proven, will likely result in expert testimony to determine the infringing party’s profits, apportionment, deductible costs, and the expense of corrective advertising.

Conclusion
One additional takeaway from In-and-Out’s very proactive approach to protecting its marks is the attempted extension of its protection to related products. In-and-Out also filed an opposition to a trademark application by a beer brewing company for Double Double beer, alleging the complimentary nature of beer and burgers may lead to confusion. Is that a stretch?

Mainly, our point is—when it comes to the strength of your clients’ trademarks—active, purposeful and continued trademark use needs to be emphasized.