When a Musical Misstep by Disney Means Millions, It’s Hard to Let It Go!

With a name like Frozen, it’s a bit shocking this movie is so hot. Not six months after its release in November, 2013, Disney announced Frozen was its highest-grossing animated production, raking in $1.3B in box office sales, and who knows how much more in licensing merchandise. 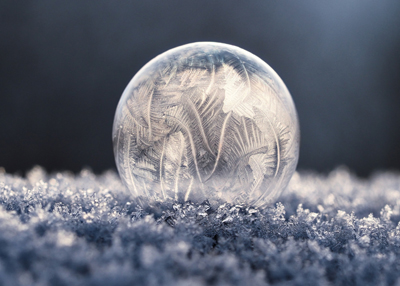 How many toys have you seen in stores these days (now four years after the movie’s release) still featuring Elsa the Snow Queen? Or, better yet, how many times have you heard your kids singing Let It Go!, the pinnacle and pivotal song of the film? But, do you know where this mega musical hit came from? Even with an Academy Award for Best Original Song, one man is claiming it was not original at all. Cue Chilean artist, Jamie Ciero, his 2008 internationally-successful song Volar, which he claims was ripped off by Disney in the making of Let It Go! and his recent lawsuit again Disney for copyright infringement.

A Smash Hit
With more than one million album sales, an Academy Award, hundreds of millions of YouTube views, and 30,000 posted homemade renditions of the song even the Rolling Stones declared it was impossible to say the Let It Go! was not a smash hit. And Disney was very methodical in its release of the song. When Disney’s music division released the version sung by well-known pop star, Demi Lovato, just before the movie’s release in November, 2013, the song barely received any radio play. However, when the soundtrack was pushed out in January, 2014, along with the version of Let It Go! sung by Idina Menzel—who voiced the sensational character, Elsa, in the film—the song took off. In January, 2014 the Frozen album was number one on the charts, selling one million copies and earning Disney a Best Original Song Academy Award for Menzel’s version by February, 2014. Even though it was not a traditional pop song, Disney’s Music Group, President, Ken Bunt, explained Let It Go’s success in one sentence: “This is an undeniable song.”

And Ciero claims it is also an undeniable copyright infringement of his 2008 hit, Volar. In his Complaint, Ciero claims Disney’s Let It Go! steals substantial note combinations, structures, hooks and themes from his song and that a comparison of the two numbers can only lead to a conclusion of infringement in that Disney used portions of his song without seeking permission, even though Ciero’s version is a Spanish-language song. Ciero is seeking a portion of the profit Disney earned from both the song and the movie, which could easily escalate to hundreds of millions.

Infringement
And Disney is no stranger to infringement suits, with respect to this movie alone, both on the plaintiff’s side as well as the defense. In 2014, Disney filed a copyright infringement suit against Phase 4 Films for its (then-titled) Frozen Land, a Canadian film being sold in the U.S. bearing a logo very similar to Disney’s Frozen. The two producers reached a settlement and Phase 4 was required to pay Disney damages and remove its infringing products from U.S. stores. Disney was also hit with an infringement suit by Peruvian writer, Isabella Tanikumi, claiming the script and plot for Frozen were stolen from her 2010 memoir, Yearnings of the Heart. Disney has also been the victim of infringement with Frozen falling just shy of Scorcese’s Wolf on Wall Street as the second-most-infringed film of 2014, with 29.9 illegal downloads logged.

So, while a squabble over a song in an animated movie for kids may seem like child’s play, with this much revenue involved, it’s clearly lucrative and the stakes are high. Both sides will need experts steeped in music compilation and production. It would probably be best if the expert was also specifically experienced in producing songs and soundtracks for films, perhaps even animated films where the voices are provided by actors and actresses. Would it help if he or she was also familiar with Chilean music and its particular structure, themes and origins? What about an expert in soundtracks for children’s movies, their particular composition and marketing angles? How would you find such an expert with all of these areas of expertise?

Any of you want to play expert on this one? Give the competing songs a listen and try to determine for yourself whether Let It Go! infringes on Ciero’s copyrighted Volar.

tags: All, Corporate, Entertainment, Intellectual Property, Out Of The Ordinary