Will SAS Sow Seeds of Chaos and Uncertainty?

The Supreme Court and the IPR

On April 24, 2018, the Supreme Court upheld the Constitutionality of inter partes review (IPR) (a procedure allowing private parties to challenge previously issued patent claims on the ground that they are obvious or not novel). Oil States Energy Services, LLC v. Greene’s Energy Services Group, LLC, Case No. 16-712 (April 24, 2018). That same day, the Supreme Court also addressed a procedural point concerning IPR; namely, whether after electing to review one or more challenged claims, the Patent Trial and Appeal Board (PTAB) must resolve the patentability of all of the challenged claims, or may limit its review to only some of those claims. SAS Institute, Inc. v. Iancu, Case No. 16-969 (April 24, 2018). While the issue addressed in SAS was seemingly technical, many commentators see the decision as a game changer that will dramatically impact IPR strategy, and the conduct of IPR proceedings going forward.

By way of background, under the relevant statute authorizing IPR, a party wishing to 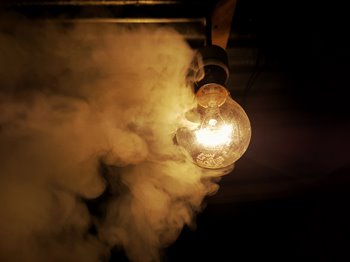 challenge a previously issued patent must file a petition that identifies the challenged claims, and the legal grounds and factual evidence supporting the challenges. The patent owner may then file an opposition. Thereafter, the PTAB (acting on behalf of the Director of the Patent and Trademark Office (PTO)) decides whether to institute review of the challenged claims. If review is instituted and not dismissed, the statute obligates the PTAB to “issue a final written decision with respect to the patentability of any patent claim challenged by the petitioner (emphasis added)”.

In SAS, the petitioner challenged 16 patent claims, and the PTAB instituted review. But under a regulation authorizing “partial institution,” the PTAB issued a decision concerning only some of the claims (i.e., claims 1 and 3-10). In appealing that determination to the Federal Circuit, the petitioner argued that the statute obligated the Board to decide the patentability of every claim challenged in the petition, and not merely some of them. The Federal Circuit rejected the argument, and the Supreme Court granted certiorari.

The Supreme Court reversed, concluding that the statutory language requiring the PTAB to “issue a final written decision with respect to the patentability of any patent claim challenged by the petitioner” unmistakably obligated the PTAB to address every claim challenged in an IPR petition (and not only some of them) once it decides to institute review (much as, in civil litigation, a court must address all of the claims raised in a complaint). It rejected the counterarguments of the Director of the Patent and Trademark Office (PTO) as contrary to the language of the statute:

“There is no room in this scheme
for a wholly unmentioned ‘partial institution’
power that lets the Director select
only some challenged claims for decision.”

In this regard, SAS may be read as rebuking the PTO. That is, in promulgating regulations concerning IPR, the PTO Director may not elevate efficiency and convenience over the plain language of the statute:
To be sure, the Supreme Court acknowledged there may be good policy reasons for “partial institution” such as administrative efficiency and convenience. But “[p]olicy arguments are properly addressed to Congress,” and when policy arguments conflict with the plain language of a statute, the language controls.

Where a statute’s language carries a plain meaning, the duty of an administrative agency is to follow its commands as written, not to supplant those commands with others it may prefer.”

Notably, less than three weeks prior to the SAS decision, the PTO Director Andrei Iancu had already indicated in a keynote address to the U.S. Chamber of Commerce Patent Policy Conference that his agency was already reviewing “how and when we institute proceedings, the standards we employ during the proceedings, and how we conduct the overall proceedings.” According to commentators contacted by the IPWatchdog blog, SAS (and the companion decision in Oil States) will now heavily inform such review by emphasizing the statutory limits on the PTO’s rulemaking capacity.

The Supreme Court also shot down the PTO Director’s argument that the practice of partial institution was beyond judicial review under Cuozzo Speed Technologies, LLC v. Lee (Case No. 15-446, June 20, 2016). Cuozzo held that the PTAB’s initial determination to institute review on claims challenged in an IPR petition was not subject to later judicial review. But the Supreme Court cautioned that Cuozzo did not authorize the PTO to “act outside its statutory limits,” and where “a party believes the [PTO] has engaged in ‘shenanigans’ by exceeding its statutory bounds,” judicial review remains available. In this case, the Supreme Court found the practice of partial institution, promulgated by the PTO, could not be reconciled with the statute.

How the PTAB reacts to SAS remains to be seen. At a minimum, SAS is likely to increase the workload of PTAB in connection with IPR petitions accepted for review since all challenged claims in those petitions will need to be addressed within the statutory time limits in the PTAB’s final decision. In turn, the prospect of an increased workload may prompt the PTAB to curtail the number of petitions on which it institutes review.

SAS is likely to increase the workload of PTAB in connection with IPR petitions accepted for review.

Some commentators anticipate that — as Justice Ginsburg suggested in her SAS dissent — the PTAB may deny IPR petitions it perceives as too broad, but also signal which claims will secure review if refiled. But others believe the PTAB will deny broad IPR petitions without any such hints.

Another issue is how SAS impacts IPR proceedings already in progress. IPWatchdog poses these questions from patent attorneys: “Will IPR cases already on appeal be remanded, en mass, by the Federal Circuit back to the Board to effectively rework each final written decision?” “Will parties be allowed to introduce evidence and/or arguments in pending IPR trials relative to claims for which an IPR trial was not instituted, and would this apply if pending appeals are remanded?” And does “SAS [have] retroactive effect on past decisions in which the PTAB instituted and tried cases on fewer than all challenged claims?”

Parties will need to monitor the impact of SAS on IPR proceedings over time, and adjust their IPR and related litigation strategies accordingly. IMS ExpertServices continues to monitor implications of this decision, and remains positioned to support you in your next patent matter with the experts you need to advise, consult, and testify.

Photo by Ishtiaque G2 on Unsplash