You Must Be This Reliable to Ride

“Shaky but admissible.” Yes, you read that right. It came straight from the Advisory Committee’s mouth. Even those opinions that may seem “shaky” can be admissible so long as the expert’s methodology and conclusions are reliable. It sometimes requires intellectual gymnastics to compare the two benchmarks ─ admissibility versus correctness ─ but they are different. It’s kind of like those height restrictions at the amusement park. You only have to be thirty-six inches to ride. Compared to persuasiveness at trial, admissibility is truly a lower threshold. But, a better understanding of the two may help you accomplish both with ease in the future.

In a recent decision from the U.S. District Court in Connecticut, Judge Haight did an excellent job of 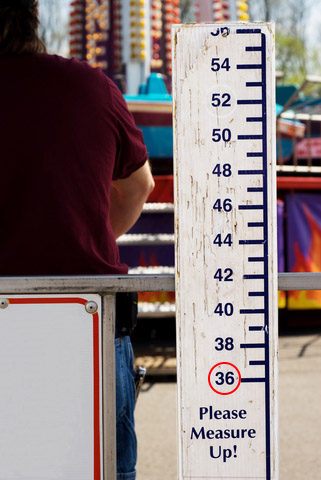 addressing the Daubert analysis of a “shaky but admissible” expert opinion. The opinion at issue was that of Dr. Lipshutz. Dr. Lipshutz is an expert statistician whom the plaintiff brought in to offer his opinion, which was based on random sampling. Dr. Lipshutz sampled 400 of roughly 4,100 non-performing loans at issue and reached the conclusion that the defendant had breached certain representations and warranties of the 400 loans. The sampling, if found to be admissible, would allow Dr. Lipshutz’s opinion to extend to all 4,100 loans, thereby streamlining the litigation so the jury would have to read fewer loan documents. While the defense agreed with the concept of streamlining, they did not agree with Dr. Lipshutz’s opinion based on random sampling, and a Daubert motion to exclude ensued.

In ruling merely on the Daubert motion, Judge Haight reiterated his role to determine solely whether the evidence was “sufficiently reliable to be considered by the trier of fact,” not whether the evidence was correct or persuasive. As the Advisory Committee explained: “Vigorous cross-examination, presentation of contrary evidence, and careful instruction on the burden of proof are the traditional and appropriate means of attacking shaky but admissible evidence.” The takeaway? Only thirty-six inches and the expert gets to ride.  Even if he walks up on shaky legs, already looking a little nervous and queasy, if his reliability factor is three feet or more, they’ll let him through the gate. Now, whether the expert gets all turned around on the stand like he’s riding in one of those big, spinning tea cups, trying to fend off opposing counsel’s dizzying questions on cross is another matter. Compared to admissibility, an expert’s correctness and his ability to persuade at trial will require the fortitude and resilience sufficient to stomach Six Flag’s famous Intimidator 305. Although I have to say we found it a bit of a coincidence that one of the scariest roller coasters in the U.S. is called the Gatekeeper.

Another point the Advisory Committee specifically mentioned in its amendment notes was that admission of one expert’s opinion does not mean a contrary opinion is inadmissible.  When a judge rules that Expert A’s testimony is reliable (i.e., thirty-six inches tall), this does not necessarily mean that contradictory testimony by Expert B is unreliable. The amendment is broad enough to permit testimony that is the product of competing principles or methods in the same field of expertise, much like two intelligent professionals arguing two well-founded, albeit juxtaposed positions. Both may be reliable, but one will likely be more persuasive than the other. Daubert does not require the judge at the admissibility stage to make the determination of which opinion is correct. Rather, the gatekeeper only determines if they are tall enough to pass through.

Next time you’re contemplating or defending a Daubert motion to exclude, you may find this amusement park reminder both helpful and amusing. The bottom line is that admissibility does not equate to correctness. Just because an expert’s opinion is admitted does not guarantee it will win the day at trial. There is still the matter of how much weight the jury will give it. This is where an expert’s ability to persuade really comes to the forefront.